The second Iteration of Fistful of Cake stout is the latest Black Tie release from Monday Night Brewing.

This round of Fistful of Cake (chocolate-orange) embodies the decadence of chocolate but tempered with the aroma of fresh orange peels and Vietnamese cinnamon.

“Brewing a stout to drink in the summertime can be a little tricky,” said brewmaster Peter Kiley. “With this round of Fistful of Cake, we wanted to make something that would pair well with desserts, but wouldn’t be so overly sweet that it would feel too heavy.” 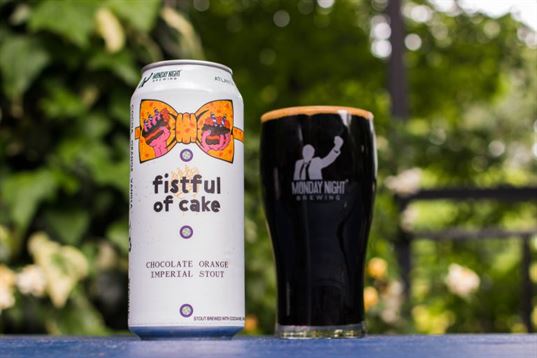 Earlier this year, Monday Night Brewing debuted the Fistful of Cake series with a chocolate-vanilla creation inspired by a French opera cake.

Monday Night Brewing’s Black Tie Series are small batch beers ranging from IPAs to sours to stouts. The Black Tie Series is designed to inspire and delight the nerdiest of craft beer enthusiasts. Each label features local art unique to each beer.

Fistful of Cake debuts at Monday Night Brewing’s West Midtown taproom (670 Trabert Avenue, Atlanta GA 30318) on Friday, June 7 at 4 pm. Can artwork is by local artist Sam Markus? Starting the week of June 10, Fistful of Cake will be available throughout Georgia, Tennessee, and Alabama.

Based in Atlanta, Georgia, Monday Night Brewing grew out of a Bible study. Founded by Jonathan Baker, Joel Iverson, and Jeff Heck, Monday Night Brewing exists to deepen human relationships over some of the best beer of country. Brewmaster Peter Kiley oversees brewing operations at both West Midtown and the Garage 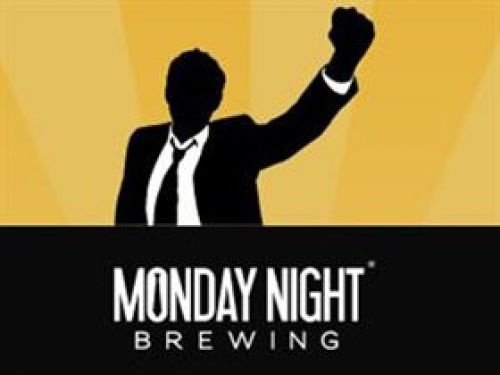