BTN Interview with Chris Burnette from Mad Buffalo Craft Distillery on the current state of Craft Spirits in USA market and where its going. BTN also discusses the strategy on distribution of craft spirits and its challenges.
Favorite 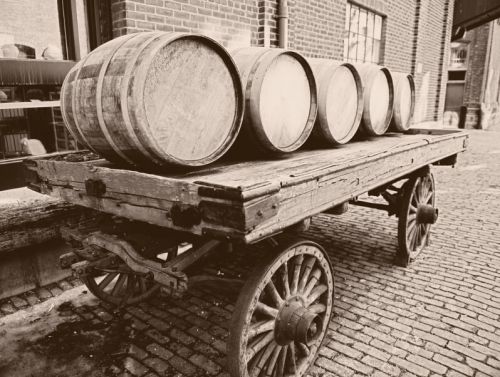 -Do you see that the next boom will be in Craft Distilleries?

I think the next boom will come from Farm Distilleries that practice field to glass or ground to glass production, like we do. These are the distilleries that take the production to the ultimate level. They grow their own grain, so they control the quality of their product from start to finish. They hand make their product without using other distilleries' output. Many distilleries start out buying their products from established producers and bottle it. Farm distilleries don't do this. The marketplace is getting behind terrior, local sourced, slow food products. These styles of spirits are already gaining momentum and I believe that these producers will explode in the next couple of years.

-Let’s talk numbers, what is your percentage growth in last 24 months to justify the above question. Where are the pockets where you see the trend emerging? (explain which states sell more of your brand and which states sell less).

It's hard to put a "percentage growth" statistic together when you've only been producing for 8 months. I can say that our sales are growing at around 10% per month and we haven't spent a much on marketing. We use social media and have held a couple of parties, but no systematic marketing expenditures. We're also already in the black. We have no loans to pay back, own all of our equipment, and sell everything we produce.

As I mentioned, we are a new company and only started producing in January of this year. We started out with a moonshine: Thunderbeast Storm Moonshine, a corn whiskey, and recently introduced our Thunderbeast Stampede vodka. We'll also be introducing our first aged whiskey, a short-aged bourbon, by the end of the year. 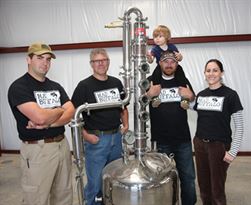 We started out in Missouri, and as of the end of August, are now set up in 5 other states. So, in less than a year, we've made an impact in our local market and have had demand across the country.
Under our business model, our production capacity is low (we're working on that!). We hand make it in extremely small batches (less than 15 cases per run). Most distilleries wouldn't do this. But, we have a vision of what it means to hand make a product. We plan on keeping our batches small and our quality high. I expect the consumer respects that and we'll continue to grow.

-Would you say that for the craft beer industry, brands like Dog Fish, New Belgium etc have motivated many small breweries and played a very important role in marketing the whole ‘craft beer’ segment?

Very much so. I would go as far and say, that for breweries such as Dog Fish, Schlafly's, Fat Tire, and New Belgium, we wouldn't have a craft beer industry. These breweries, in particular, have opened up the industry and showed countless others the possibilities.

-Do you see any leading craft distilleries doing the above?

A few. Death's Door, Tuthilltown Spirits, Cosair Distillery and Tito's are just a few of the distilleries that are leading the way in the craft spirit movement in the United States. I spent the most part of a year looking at them before I decided to give it a shot myself. Each of these distilleries have grown a small distillery into a powerhouse in just a few years.

-How can an emerging craft distillery build their identity maintaining their local image? Many craft breweries have been very successful in becoming a national brand and still being local.

The first thing I would say is to think globally and act locally. What I mean is that you shouldn't forget that your best customers, for a craft distillery, will be your local community. This is not to say that, as you grow, you'll bring in outside customers and supporters, but if you forget your roots and become disingenuous to your local community, others will notice. You can't become, to use my grandmother's term, "too big for your britches." You can grow and become huge, you just can't act like it doesn't matter who helped you get there. At our core, we are a small, family company and, if I ever forget that, I'll need to turn the keys over to someone else. 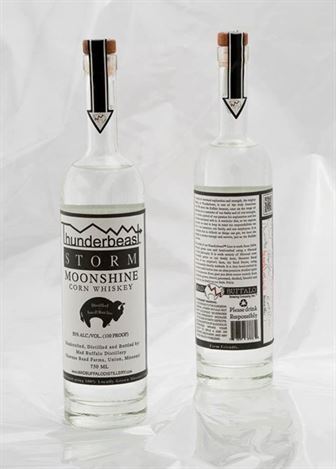 -Let’s talk retail: what are some innovative steps that craft distilleries can take to lift this category. We have seen the same old expansion of flavors from the big guys, but can craft distilleries do something different, like a varietal pack of 4 for say $19.99 and give 300ml bottles with some recipe neck hangers etc?

The sky's the limit, as long as quality is first and foremost. As a small, craft producer, I can make whatever I would like. Now, I may have to charge more depending on what that is, but I can do things that the big boys would be afraid to try. The hardest part of being as small as we are is that it is hard to find small quantities of supplies. But, this is changing as the craft movement grows. We recently teamed up with a few other distilleries in our area to purchase items that we would have otherwise had to pay more than double or triple for. Innovation can come from many areas: economic need and necessity, freedom from economic restrain, and just plain creativity.

To go into the craft area, creativity is almost a given and economic necessity is a must. Most small distilleries, as many small companies, need to find a way to stand out and sell their product while not going broke. Innovation is how you do it. If you want to produce products that are just like the big boys, you're going to get beaten. You have to be different, interesting, or better in order to compete.

As small producers, we can't compete if we are going to rely on marketing. Our products have to be "good" at a minimum, and have "excellent" as a standard. We can't spend the dollars that the big boys can on marketing.

-Explain to our readers, the history of moonshine and do you think they are HOT again?

Corn Whiskey has been a staple of the American experience since the first European settlers came to the New World. Predominately from Scotland, many early settlers brought with them the art of distilling. Corn was a plentiful crop in the New World, and barley was harder to grow. Farmers in the New World, particularly those Scots that settled in the Appalachian Mountains, would distill their grains in order to carry them to market. A gallon of corn whiskey was much easier to carry than a bushel of corn.

It also earned a higher price at the market. In bad crop years, sometimes the only way to offset losses was to turn what was left into whiskey. This wasn't a way to make extra cash, it was a way to survive. This skill was passed down from father to son, mother to daughter, in some cases, for nearly 300 years. After the Revolutionary War, fought partly over paying taxes to the British, the United States government began taxing all alcohol production in order to pay for the war. Many of the new citizens refused to pay taxes on it and hid their production from the government. The first moonshiners were born. My own family began distilling in the United States in the late 1600's.

Moonshine is gaining popularity again, partly due to the "Moonshiners" tv show, but also due to the emergence of craft distilleries. Moonshine and white whiskeys are able to be sold without having to wait for them to age. It allows a distiller to get a product to market very quickly without having to carry the company without income coming in. There's a lot on the market, from very low quality to very high quality. Some are playing on niche hillbilly marketing while others are educating the consumer on the nuance of clear spirits. Another point is that the average whiskey drinker is learning a lot more about what goes into the product than in the past. Add in the trend to buy locally, buy higher quality, and the need to know what goes into your food and drinks, and you have a mixture that, pardon the pun, is explosive. I have a feeling that this exploration into the world of clear spirits will continue, and many small distillers will fill that void.

-What channels do you use to expand your distribution (brokers, in house sales cold calling, trade shows? ) and what are the biggest challenges you face from wholesalers. I am sure price may be one of them being a boutique / craft distillery.

We don't have a retail location, so we sell everything through distributors and a little through self-distribution. So far, the biggest hurdle isn't price. The craft movement is established enough that, if you are reasonable in your pricing, a distributor isn't going to balk at the price.

But you do have to be reasonable. I understood going in that the wholesaler needs a certain percentage of markup, as does the retailer. We set our prices knowing what the distributor would be willing to pay. I've avoided any negotiations on price going this route. 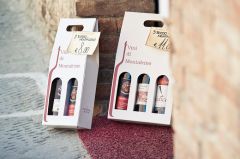 The Holidays are coming, is your brewery, winery or distillery ready?
Read More 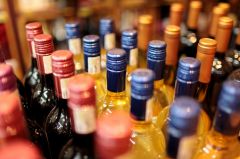 Breaking Through: How to Get New Brands into Retail Channels

What’s the secret to breaking through the retail barrier and getting a product onto store shelves? The process involves quite a bit of research...and begins sooner than you’d think.
Read More 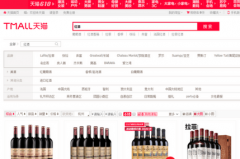 The Chinese Tmall/WeChat Model: How to Tap New Wine Distribution Models in China

Looking to grow your distribution in the fast-growing Chinese wine market? Tmall, an e-commerce website, and WeChat, a social medium platform are just the tools you need
Read More 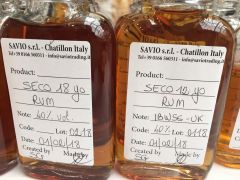 Optimizing Your Revenues By Selling Bulk and Private Label Spirits

There are tremendous opportunities available in the market, driven by increasing demand the growing premiumization of product offerings.
Read More 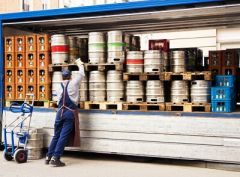 Finding a Distributor for Your Craft Beverage

How do you find a niche for your new craft brand? Where do you start? What type of distributor is going to be interested in your brand and why?
Read More