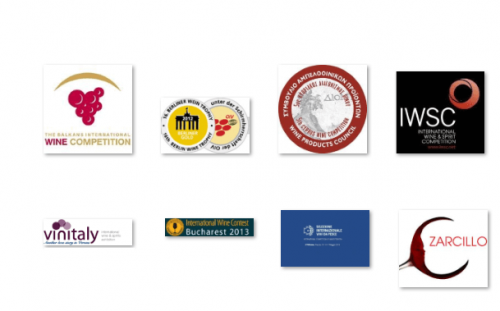 Vinitaly International Wine Competition is one of the most prestigious in the world. It is a well-established marketing and promotion tool, as proven by constantly growing numbers of wines entered. The Gran Vinitaly and Vinitaly Country Awards are made every year, alongside the prestigious Grand Gold, Gold, Silver and Bronze Medals.

Vinitaly is the event that more than any other has traced the evolution of the national and international wine system, helping to make wine one of the most captivating and dynamic realities in the primary sector.

Vinitaly keeps up with the times and reduces show days from 5 to 4; the weekly interval also changes, from the traditional Thursday-Monday to the new Sunday-Wednesday. This decision aims to optimise attendance by specialised traders arriving from all over the world and provide more space for operators in the horeca channel.

The 46th Vinitaly welcomes the debut of wines from organic and biodynamic agriculture with the new event named ViViT-Wines, Winegrowers and Terroirs. There is also a new calendar for the International Wine Competition and the International Packaging Competition in 2012, respectively 12-16 November and 6 November, to help enhance and valorise promotion and marketing tools at the service of award-winning companies, who will thereby have more time to exploit them with a view to the 47th Vinitaly scheduled 7-10 April 2013.

When the original Club Oenologique was launched in 1969, its founder, the wine chemist Anton Massel, could scarcely have imagined the impact that his initiative would have on today's wine and spirit industry, nor the far-reaching commercial implications for those who find themselves rewarded for their excellence. He had the idea of creating a competition which was based not just on organoleptic judgement, but where all entries also had to undergo chemical analysis.

In 1978 the name of the venture was changed to the International Wine and Spirit Competition and, within a short space of time, the disciplines of the Competition were redefined. A set of technical controls was implemented in order to ensure that the highest quality standards were achieved and maintained year after year. The original aim of the IWSC was to award excellence to wines and spirits worldwide. This remains the aim today, encouraging consumer and trade recognition for quality products. 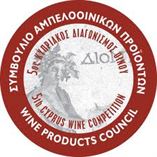 An international distinction is always very important in any industry, product or activity. In the wine sector an important measure of evaluation and assessment are international wine competitions. Many of these competitions are organized for many years and enjoy high visibility and publicity in the media and particular among wine lovers. Our country through Cypriot winemakers has had a rich and valuable portfolio with many honors awards and favorable reviews.

The Cyprus Wine Competition, conducted annually, is a significant event which provides a challenge to the local wine makers and communicates the value and growing popularity of Cypriot wines. Cyprus is rich in history and traditions that reach far back into the midts of time and may be one of the oldest wine-making countries, with an outstanding wine-making heritage.

The idea to organize a Balkan wine competition was conceived several years ago. The tremendous increase in quality of Balkan wines contributed to such a development. It was happening across the beautiful Balkan Peninsula: Slovenian wines were getting great attention, Croatian indigenous cultivars were suddenly 'flavour of the year' and Serbia also started producing the world class wines.

Bulgaria strongly demonstrated ability to produce great red and white wines, both from local and international varieties. The-difficult-to-pronounce indigenous Greek varieties were not any more unknown on the tables of many world sommeliers, wine professionals and, most importantly, consumers. Turkey was undergoing a true renaissance in the winemaking and generally wine culture was going there from strength to strength.

The tasting was initially installed as a type of audience price. Supervised by the Berlin Wine Authority with a jury made up of wine experts and consumers. This audience award has been developed as the supporting program of the Berlin Wine Show and as a selling aid for the wine show presentors. These then submitted 180 wines during the first tasting.

The jury was made up of only designated wine experts starting form the second time on and was named Berlin Jury Price
Renaming of the Berlin Jury Price to Berlin Wine Trophy. By this time, more than 400 wines were submitted by the presentors alone. The potential of the awarded prize as an argumentation aid became apparent to the visitors of the Berlin Wine Show.
Website: http://www.berliner-wein-trophy.de

The International Competition of Wines for Fish 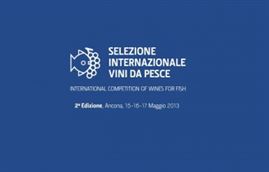 From one edition to the next the competition grew, gradually expanding its admission criteria to include various types of wine. Upon its creation, the competition was open only to still white wines but recent editions also allowed both sparkling and rose wines, a relfection of how the competition, just like wine itself, is able to respond the the world around it, growing, changing and evolving. In 2012 however, the competition became international as wines from outside Italy were admitted. With a proportion of the samples being produced outside Italy (white, rose, still and sparkling wines which conform to the definition of the O.I.V. International Code) came the need to increase the number of International journalists and oenologists on the judging commissions to reflect international tastes and expertise.

The International Wine Contest Bucharest 2012 is organized upon initiative of the National Office for Vine and Vitivinicultural Products (ONVPV), through Association of Authorized Tasters Romania (ADAR) in partnership with ASER. Wineconsulting. IWCB 2013 will be held by the Ministry of Agriculture and Rural Development of Romania (MARD.), and under the Patronage of the International Organization of Vine and Wine (OIV), being the 10th edition over the past years recognized by such an inter-governmental Forum, numbering over 45 wine consuming and producing countries worldwide.

This Contest is organized in compliance with the Rules of the international wine contest, as developed by International Organization of Vine and Wine (OIV.); the wine samples will be assessed by an international jury with members recognized for their experience and professionalism.The Contest will take place between 23rd – 26th of May 2013, at Bucharest

The Wine Producers Association of Northern Greece organizes the only International Wine Competition held in Greece. The Competition’s main objective is to present the variety of international quality wine production to professionals and the general public and acquaint foreign wine professionals with the exciting developments in Greek wine production.

Every March, during the Competition which is organized under the auspices of the O.I.V. (International Organization of Vine and Wine), Greek and foreign wine tasters (enologists, sommeliers and journalists) taste wines from Greece and abroad for 3 days. The public has the opportunity to taste the award-winning wines at a wine tasting event that is held every year after the end of the competition while winners receive the awards at an official awards ceremony.

The ‘Thessaloniki International Wine Competition’ is constantly growing and so is the amount of participating wine producers and the quality of the samples submitted, giving strong evidence that is has become a major institution for Greek wine. Furthermore, the medals of the competition are acknowledged by both professional and consumers in Greece and abroad.

The Zarcillo Awards were created in 1991 as part of the climax of the events for the European Year of Tourism on the initiative of the Regional Ministries for Culture and Tourism, Agriculture and Farming of the Junta de Castilla y León, with the commitment to hold a national wine contest with the objective of promoting and defending the quality of Spanish wines.

The Regional Ministry for Agriculture and Farming, through the Oenological Station of Castilla y León during the first event of that year, took charge of the technical layout of the wine tasting, establishing the basic principles, wine tasting panels and the profile of the wine tasters. The name Zarcillo was chosen since it was different from those already existing and was, at the same time, directly related with oenology since the zarcillo (tendril) is the first leafless organ produced by the vine shoot and is used for support. It provides outward projection like a climbing plant such is the vine.

A BRAZILIAN ASSOCIATION OENOLOGY , founded on October 22, 1976, aims to promote wine culture and establish a harmonious relationship between winemakers and consumers.
ABE is today recognized internationally, being constantly invited to send representatives to various international wine competitions promoted under the auspices of the International Grape and Wine. 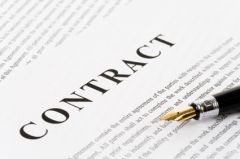 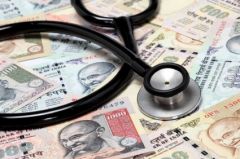 India offered to cut customs duties on wines and spirits. This is the right time enter the Indian Market or at least plan for it.
Read More 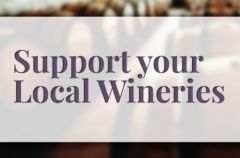 You as a customer can help support your local wineries which are the backbone of the American wine & spirits industry. Here's how you can help the national economy by supporting your local winery.
Read More 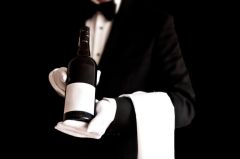 BTN Interviews Sommelier Joe Wang on how to influence restaurant staff into suggesting your wines. Get answers to How can I encourage sales at my top restaurants? How can I build brand awareness through on-premise accounts?
Read More

The state of the South African wine category inside the US Market.
Read More