The bottles are being sold through an online auction held by Scotland-based auctioneer Just Whisky, which went live at 5pm last Friday (12 July).

The auction will feature The Macallan’s oldest expression to date – a 72-year-old single malt bottled in a Lalique crystal decanter.

The Macallan 72 Years Old in Lalique – The Genesis Decanter was released last year to celebrate the opening of the new £140 million Macallan distillery and visitor center in June 2019. Produced in 1946, the expression is limited to 600 decanters worldwide.

In addition, an “extremely rare” bottle of Macallan – The New Range Rover – will also go on sale. The expression was released in the mid-1990s to mark the launch of the P38 Range Rover. Just Whisky claims the expression is now worth more than the car.

Other Macallan whiskies on offer include a 50-year-old 1949 bottled in a specially commissioned Caithness Glass Millennium decanter, the 1948 Select Reserve and the 52 Year Old. The 52 Year Old set a new Just Whisky auction record last month when it sold for £58,000 (US$72,000).

Graham Crane, director at Just Whisky, said: “Every now and then an auction line-up comes along that has collectors and aficionados on the edge of their seats with excitement. This is one of those times. 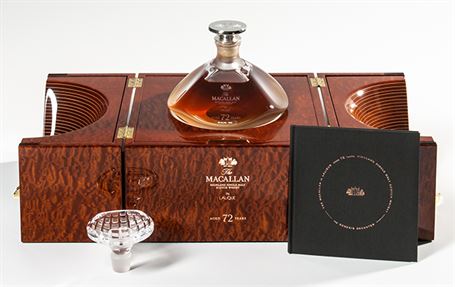 “We are delighted to offer such high-quality lots in July’s auction and include some incredibly rare bottles, which you won’t find at retail or in the resale market for years.

“The price for Macallan has gone through the roof with demand resulting in new, age-statement releases being sold for tens of thousands of pounds more than the original retail price and non-age-statement selling for up to 800% more that the retail price within a month.

“We are thrilled to be recognised by our sellers as the number one auction for rare Macallan and we are looking forward to seeing the bids pour in.

“Forget fine art and vintage cars, with investors from the USA and Asia rare whisky is the best place to put your money for the best return.”

The auction will close at 8 pm on Sunday 21 July.

Last month, another bottle of the Macallan 72-year-old whisky went under the hammer at Skinner Auctioneers’ Fine Wine and Rare Spirits online auction.

In October last year, a bottle of The Macallan Valerio Adami 1926 60-year-old Scotch whisky set a new world record after selling for £848,750 (US$1.1m) at a Bonhams auction in Edinburgh. 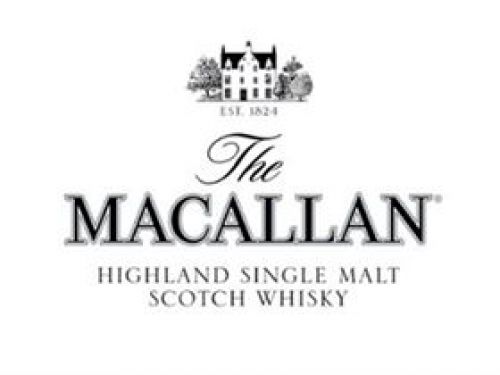