Iron Hill Brewery and Restaurant (Iron Hill), is kicking off the summer by canning three of its popular beers for the first time. Das Boot, JuiceBox IPA, and Hipster IPA will enter the collection of Iron Hill four-packs beginning today, June 13, and will release throughout the summer.

Das Boot kicks off the summer and will be available in all 16 Iron Hill locations on June 13th. This traditional German-style Pilsner (4.9% ABV) is light in color, delicately balanced, and has a firm hop bitterness with subtle hop flavor and a clean dry finish.

To celebrate Independence Day, and what some consider the official start of the summer, Iron Hill will be releasing 4 packs of JuiceBox IPA. This hazy IPA, 6.5% ABV, is brewed with fresh, sweet pineapple that balances the subtle hop bitterness and creates a wonderful fruit aroma and flavor.

Hipster IPA closes out the summer with a can release in August. At 6.7% ABV, this citrusy IPA is brewed with wheat, oats and American hops that promote a passionfruit-like flavor and aroma.

“There’s nothing better than a cold beer outside on a hot summer day, and we were thrilled to be able to offer three of our best ‘summer beers’ in cans for 2019,” said Mark Edelson, Iron Hill Brewery and Restaurant Co-Founder and Director of Brewery Operations. “We wanted to make sure that we offered a variety of beer styles so that our range of customers would be able to enjoy their favorite Iron Hill beers at home.”

Named after the historic Revolutionary War landmark in Delaware, where General George Washington battled the British, Iron Hill is among the most enduringly successful craft brewers in the United States. Its 22-year consecutive medal-winning streak at national and international competitions is the longest by any independent craft brewery.

Founded by home brewers Kevin Finn, Mark Edelson and restaurateur Kevin Davies in Newark, DE in 1996, Iron Hill Brewery & Restaurant has blossomed from one restaurant and brewery to 16 locations up and down the East Coast, including Pennsylvania, Delaware, New Jersey, and South Carolina. Each brewery/restaurant has its own scratch kitchen and craft brewery, allowing individual chefs and brewers the creativity to pair the freshest ingredients with the highest quality grains and hops. For 22 years, Iron Hill has incorporated beer in everything they do. As a result, Finn, Edelson, and Davies are viewed as innovative business leaders in their home state of Delaware and in the Mid-Atlantic region. They started Iron Hill at a time when small breweries were just beginning to gain mass appeal around the country and their entrepreneurial, forward-thinking helped build them into what they are to date. Each individual location has its own head brewer. Each location dedicates itself to the freshest ingredients and friendly atmosphere for all age groups – helping change overall perceptions about brewpubs one meal, one pint, one community at a time. 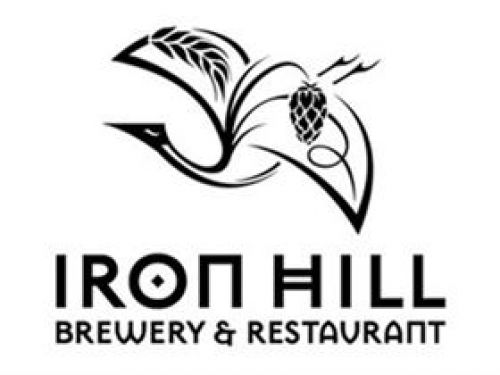