The Meteoric Rise In Craft Beer

As of July 31, 2013, the United States was home to 2,500+ craft breweries, the relatively small, artisanship-oriented producers best known for India pale ales, porters, and other decidedly non-mainstream beers.
Favorite 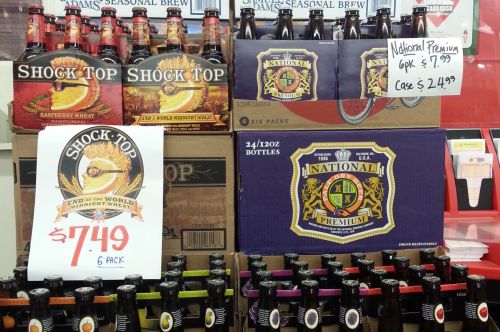 These beverages have become so popular that craft beer now represents 30% of Costco’s beer sales, and this past August the White House Press Secretary Jay Carney was asked whether Obama would be releasing the recipe for his honey ale. He responded, joking, “I’m not aware of any plans at this time to… divulge the secret recipes."

But such statistics and anecdotes fail to communicate a fascinating aspect of the craft-beer boom. The beverage is colonizing what one might call the craft-beer frontier: the parts of the country that are far from the major craft breweries of the West Coast and the Northeast.

New Yorker Magazine ran an interesting story on June 7, 2013 that illustrates this phenomenon and offers a more general overview of the American craft-beer industry.

It is based on newly released 2012 data gathered by the Brewers Association, ranging from total craft breweries per state to individual brewery growth rates. One way to see the spread of craft brewing from the West and Northeast to the South, and from the coasts to the country’s interior, is to compare the map of over-all production per state to the map of per-cent change in production from 2011 to 2012.”

Even as production remains concentrated in traditional craft-beer regions, it is surging in the South and elsewhere. The pioneering “microbreweries” of the seventies and eighties—among them Anchor Brewing, New Albion Brewing, Sierra Nevada Brewing, and the Boston Beer Company—were mostly founded in California and New England. Current trends reflect this history: twenty-seven of the country’s fifty largest craft breweries are located in California, Oregon, New England, or the Mid-Atlantic (with eleven in the Golden State alone).

Five of the remaining twenty-three are in Colorado—the same number that can be found in the entirety of the former Confederacy. But from 2011 to 2012, annual production grew faster in the South than just about anywhere else, with the fastest-growing producers including Alabama (first out of all fifty states), Tennessee (fifth), Florida (seventh), and Kentucky (eighth). Other rapidly growing producers include Minnesota, Nevada, and Oklahoma.” 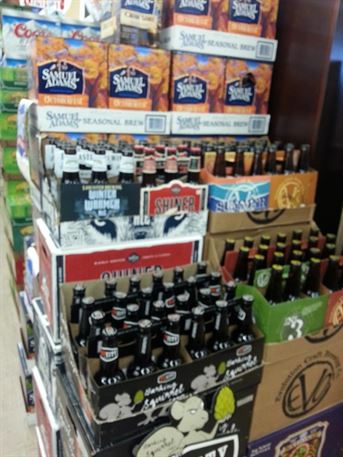 Many of the fastest-growing craft breweries are those that are pushing into less saturated areas—and they are growing really quickly. A number of the breweries which are part of the “fastest-growing” group according to the recent numbers from the Brewers Association hail from California—notably Lagunitas, Green Flash, Ballast Point, Russian River and Stone Brewery perhaps because of nationwide demand for their hoppy, West Coast-style India pale ales. Still, the three breweries that grew fastest from 2011 to 2012 were Tennessee’s Blackstone Brewery (by 1,190%) and Texas’s Karbach Brewing (1,112%) and Austin Beerworks (394%).

The brewery that grew fourth-fastest, Golden Road, is notable in that it is the only major brewery in Los Angeles, which, in terms of craft beer, has a reputation as the Death Valley to San Diego and Northern California’s fertile fields. Number five, DC Brau, has filled a niche in the District of Columbia, which until it opened, in 2011, had no production breweries (though it did have a handful of brewpubs, restaurants that brew their own beer). By the end of 2013, it will likely have five or more.

The craft beer industry is constantly changing, while overall industry sales remain flat. Mergers and acquisitions over the years have narrowed down the number of brewers but varieties of beer have increased. The major brewers have the resources to compete in nearly all facets of the industry. Imports have gained market share in the U.S. and the new craft beer varieties are continually introduced. With these dynamics, Craft Brewers must focus on the following 5 critical success factors in order to be successful:

The consumer’s palette has become more sophisticated and the desire unique tastes in beer, wine and spirits. With the increased interest in import and craft beer (better beer category) came an increased interest in variety. Books, magazines, internet sites and industry blogs devoted to beer have gained popularity as beer drinkers chose to learn more about the beer, the recipes and the brewing process.

This has also led to an increased interest in home brewing. The beer aficionado now learns which beers pair well with which foods. Seasonal flavors appeal to unique tastes and add to the allure of specialty beer. Yet, variety in the craft beer industry does not apply to the “better beer” segment alone. Major Brewers now offer different choices of “crafty beer styles”, including Miller-Coors (Blue Moon, Batch 19, Third Shift, Leinenkugel’s and even Fortune 6.9% ABV), and Anheuser-Busch (Redhook, Goose Island, Widmer, Shock Top, and even Bud Light Platinum and Black Crown Lager).

Additionally, Import Brewers offer variety with their German, Belgium and even British and Irish Heritage. While the consumer is spending less on beer in total, they are drinking better with unique flavors and variety. The craft brewers use variety and taste to convince the consumer that the higher price is worthwhile in their purchase.

Of course, these smaller brewers have significantly smaller advertising budgets than the major brewers. Craft Brewers traditionally do not use the National media vehicles. Instead, they use their brewery source, local community involvement, unique brewing methods, Beer Festivals/Tastings, grassroots marketing, Facebook/Twitter, and innovative brew styles to set their companies apart from the mainstream brewers. They focus on both “push” and “pull” strategies to increase brand awareness, and thus, demand for their products.

There are significant barriers to entry in the beer business, because the major brewers have stripped out significant costs out of their manufacturing processes, achieved production efficiencies in their large MEGA breweries through acquisitions/mergers, and consolidated plants, brands and packaging facilities, plus used vertical integration in some of their packaging and ingredient sourcing, to stay in business and gain market share as other breweries have closed their doors. This makes it difficult for the smaller brewers to compete. 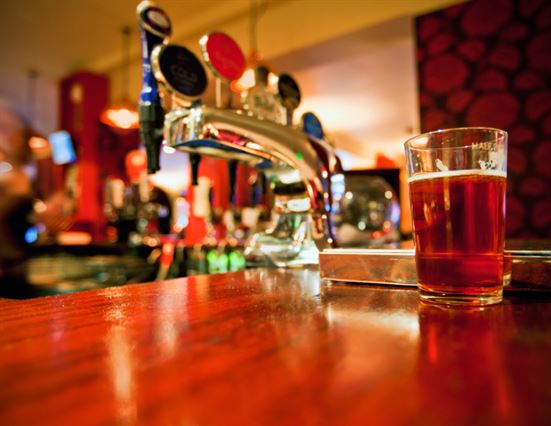 With the significant changes in the beer industry, here are the 9 driving forces that will change the Craft Brewing Industry in the future:

Be sure to stay in touch with the changing craft beer consumer, the taste profiles they are drinking, and the successful breweries that make it up. The meteoric growth this small Craft Beer Industry has seen is nothing less than phenomenal, but is part of a larger trend in America to grow, brew and sell local products around the smokestack of their production facility, no different than CSA’s and organic farming have done with the local vegetable markets in courting local customers to support the local (not the Corporate) farms. Cheers to great beers!! 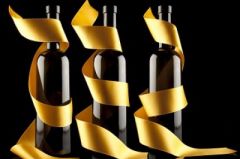 Top 10 Tips to Launch Your Brand in the US Market

Many try, many fail and some survive. Here are the Top 10 Tips from brand-owners that launched their brands in the U.S market successfully and sustained their growth to become leaders in their category.
Read More 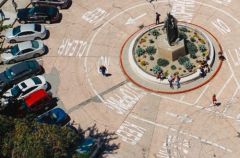 Organize a safe and successful event for the Memorial Day weekend for your local community. Read through for some ideas on how to get your neighborhood talking about you for the rest of the year.
Read More 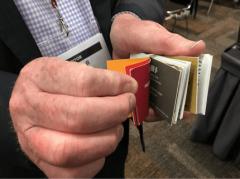 How To Build A Modern Winery Sales Team

If you are among the hundreds of small-to-medium sized wine companies that are struggling to achieve your sales and distribution goals, taking a hard look at the structure of your sales team might be just the ticket here at the onset of the new year.
Read More 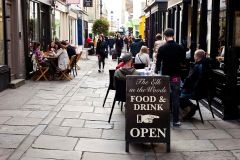 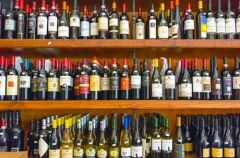 First 365 Days of a Wine Importer in Business

The first 365 days can be a game changer for your Wine importing business, and their significance cannot be taken for granted.
Read More