STOLEN Spirits has won the Double Gold award at the San Francisco World Spirits Competition (SFWSC) for its very first venture into the whiskey category. Released just this April, STOLEN Whiskey is an 11-year aged single grain American whiskey, re-barreled with toasted barrel staves. The rare Double Gold honor is received when all members of the SFWSC judging panel award a Gold Medal designation to an entry. This year’s judging panel consisted of 43 top spirits-industry experts.

STOLEN’s award-winning take on American Whiskey starts with 11-year aged juice and adds a second, proprietary layer of artistry rooted in extracting staves from ex-whiskey barrels and toasting them in a 360-degree rotation over an oak wood fire. Turning the staves at key points during the toast allows STOLEN to capture richly nuanced flavors across the entire wood gradient, resulting in a smoky consistency for every barrel stave. The result is remarkably rich flavors of toasted toffee, black pepper and smoked caramel. STOLEN’s soft and delicate mouthfeel ultimately balances out a bold American Whiskey.

“We’re honored to be awarded this rare Double Gold achievement from a panel of such seasoned, respected judges,” said Ryan Perry, Head of Product Innovation for STOLEN Spirits. “STOLEN embraces a bit of irreverence in our approach to spirits so it’s satisfying to have successfully taken on the challenge of making a premium aged whiskey even better.”

The SFWSC is considered to be the most influential spirits competition in the world. This was the 17th SFWSC, and the biggest in its history, featuring more than 2,100 entries; it was founded in 2000 as a way to recognize exceptional products in the spirits industry. For more information about the SFWSC visit http://www.sfspiritscomp.com.

STOLEN American Whiskey is available in liquor stores in select markets for the suggested price of $39.99 per 750mL bottle. 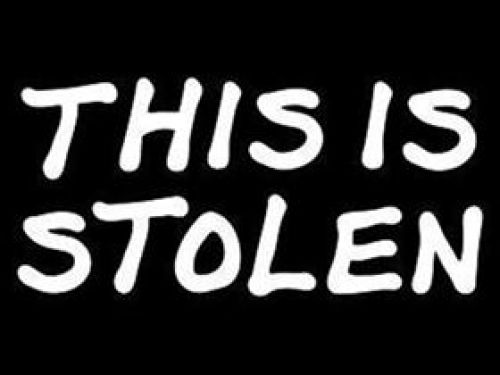