Steve Flamsteed is Australia’s winemaker of the year

During an elaborate dinner at BLACK BY EZARD at Sydney’s The Star, Steve Flamsteed, winemaker at GIANT STEPS in the Yarra Valley, Victoria became the Gourmet Traveller WINE Winemaker of the Year 2016. The awards, now in their nineteenth year, have celebrated and showcased 152 worthy finalists since the inaugural event in 1998.

“Steve Flamsteed is a man of many talents with a finely tuned palate, an instinctive flair for winemaking and fastidious attention to detail. This shows particularly in the stunning single-vineyard chardonnays and pinots of Giant Steps: distinctive wines that reflect their sites and glow with impeccable finesse,” chairman of judges, PETER FORRESTAL enthused.

Long-time winemaker and director of production at Yalumba and now chair of Wine Australia, BRIAN WALSH has proved to be the perfect commander to steer heritage brands and industry committees alike which has been noted by the Gourmet Traveller WINE judges as well as his former colleagues.

On the night, the MEDAL FOR YOUNG WINEMAKER OF THE YEAR 2016 went to a very deserving winemaker, NIC PETERKIN of LAS VINOS in WA.

“It’s Nic Peterkin’s drive, thoughtful winemaking, ability to blend a scientific approach with a sense of fun, deter- mination to forge his own path and the joy he takes in tackling the diverse chores that face a small winery which make him the ideal recipient of this year’s Gourmet Traveller WINE Young Winemaker of the Year Medal, explained chairman of judges, PETER FORRESTAL. 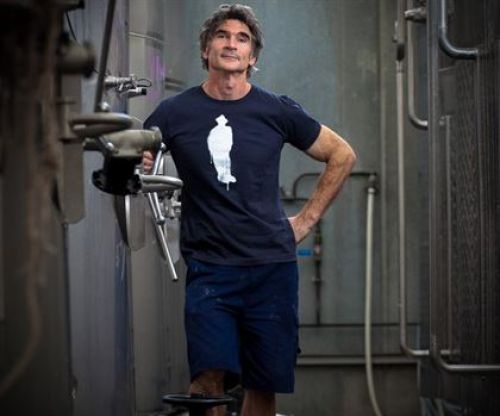