2018 is off to a fast start for Coronado Brewing Company. Only a few months into the year, the company has already debuted its first-ever sour beer, announced the new Knoxville beer series, and released the first installment in the 2018 Coronado Collection of barrel-aged beers. Keeping the momentum going, Coronado Brewing is announcing a new collaboration, partnering with local artist Kelcey “KFiSH” Fisher on a series of four new beers in 2018. This partnership will kick off the Coronado Art Series, an annual collection of beers featuring custom artwork by local artists.

“We’re very excited to have KFiSH, a Coronado local, on board for our inaugural Art Series,” said Brandon Richards, CEO, Coronado Brewing Company. “We’re proud to be supporting a local artist whose roots perfectly align with our stay coastal lifestyle and we look forward to continuing to partner with different artists every year.”

KFiSH is a street artist and muralist known for his distinct style featuring unique patterns, detailed brushstrokes and soft primary hues. He’s quickly become a fixture in the Los Angeles art scene with murals decorating some of LA’s most prominent destinations and accessways. KFiSH describes his unique style as “controlled chaos” and that inspired the name for the first beer in the four-part series: Coco Chaos.

Coco Chaos is an unfiltered IPA brewed with Mosaic and Southern Cross hops, with a huge addition of fresh coconut and coconut milk. The beer comes in at a moderate 6.5% ABV with fruity, tropical notes, restrained bitterness and a slight haze.

“The coconut in this beer really complements the bright tropical notes from the Mosaic and Southern Cross hop blend,” said Mark Theisen, Head Brewer, Coronado Brewing Company. “I think my favorite part about this beer is the way the coconut comes through without being overly sweet. It’s perfectly balanced and easy to drink.

To kick off this new series, Coronado Brewing will host an artist meet-and-greet at its Bay Park tasting room on Saturday, February 24 from 3 p.m. to 5 p.m. Coco Chaos will be on tap and six-pack cans will be available for purchase to go. Fans will have the opportunity to meet KFiSH and Coronado’s brewers, and the first 50 guests will receive a signed KFiSH poster. There will also be a special food and beer pairing with Kalua Pork sliders, as well as limited-edition merch for sale, and special coconut donuts by Nomad Donuts. Coco Chaos hits store shelves in March, exclusively throughout California. Subsequent Art Series releases will be in June, September and December. For more information about Coco Chaos IPA, visit www.coronadobrewing.com. Stay Coastal. Cheers.

Coco Chaos is the first of a four-part series with local artist KFiSH. This unfiltered IPA is brewed with Mosaic and Southern Cross hops, and a huge addition of toasted coconut, for a lingering tropical finish. 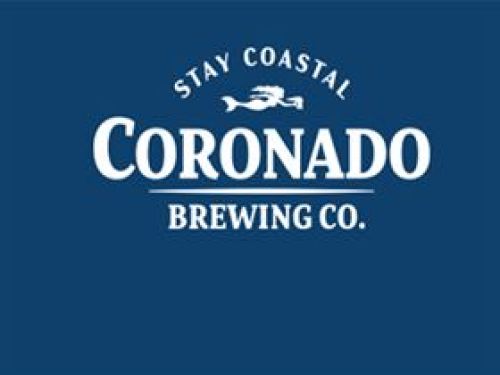