According to the Canadian beer news,

Bagtown Brewing, a nanobrewery that was opened in 2017 by group of commerce students at Mount Allison University in Sackville, Nova Scotia, has reopened after a six month hiatus in a new and larger facility.

The new location officially opened on June 20th, and in addition to selling Bagtown beers, the retail shop – which is operating under the name Uptown Bagtown Boozy Market – also stocks a selection of beers from other New Brunswick craft breweries, as allowed under legislation introduced last month. 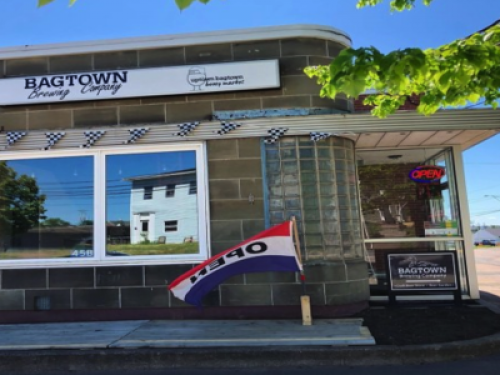