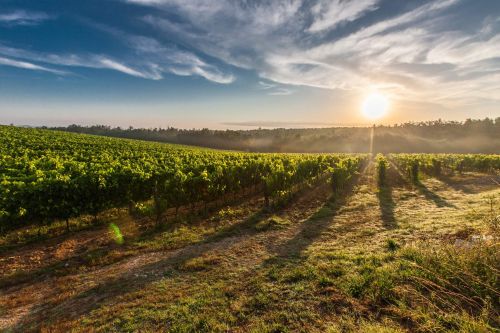 Less than an hour east of San Francisco, Livermore Valley Wine Country welcomes visitors with a flourish expanse of vineyards, wineries, and wine country experiences. Amid picturesque canyons, ridges and outposts of suburbia, the lush vines and convivial tasting rooms increasingly define the quality of life in the valley. To the delight of residents and visitors alike, the region is enjoying a wine renaissance harking back to the golden years of early California wine history.

Livermore Valley wineries were the first to bottle varietal labeled Chardonnay, Sauvignon Blanc and Petite Sirah. Nearly 80% of California's Chardonnay vines trace their genetic roots to a Livermore Valley clone. Livermore Valley also boasted more than 50 wineries until Prohibition and contributed significantly to the state's enology and viticulture that lives on today.

Innovations developed in the Livermore Valley include overhead irrigation, mechanical harvesting and roller crushing in the vineyard.

Attracted to the rich winemaking tradition, climate, soil and geography, new winemakers and vineyardists are working alongside fifth generation winegrowers to create this Livermore Valley wine renaissance. The region now has over 40 wineries, with several more about to open, and more than 5,000 acres of vineyards. Wineries vary in size from limited release, 100-case labors of love to 400,000-case industry heavyweights, and grapes range from familiar Merlot and Chardonnay to Italian, Rhone and Spanish varieties. Welcoming tasting rooms showcase award-winning wines and offer year around activities.

In addition to the myriad happenings at individual wineries, the Livermore Valley Winegrowers Association sponsors several consumer events each year, showcasing the talent, energy and fine wines of the region.

Approximately 85 vintners and growers call Monterey Wine Country “home”. Monterey County’s lifestyle and wines are defined by the cooling influence of the ocean and especially of Monterey Bay and its very deep marine canyon, whose immensity and depth have earned it the nickname, “The Blue Grand Canyon™.”

The region is a unique place to visit – many of the Monterey County wineries have tasting rooms open to the public. These tasting rooms provide a relaxed atmosphere where guests receive knowledgeable, personal attention while tasting wines and learning about the winery. Several wineries also offer tours of their facilities where one can learn about the winemaking process.

Every truly great winegrowing region is defined first by its terroir – its location, climate, and soils. Secondly, and equally important, it is defined by the “people on the ground.” The personalities that farm their vineyards and provide the perfectly ripened raw materials each vintage to the winemakers.

The Santa Lucia Highlands is no exception – the winegrower, the vineyard manger, the vineyard crew here are paramount. They are the “interpreters:” the folks, who through their year-round efforts, allow each unique vineyard to speak its own unique message in every bottle.

Just a few of the faces of the SLH, the vineyardists whose reputation and livelihood are on the line, every single harvest.

Paso Robles was named for its local oak trees, El Paso de Robles, “The Pass of the Oaks.” The name was recorded in 1828 as a rancho where the padres of San Miguel sowed wheat, and the city was founded on the rancho in 1886 and incorporated in 1889. Today the city’s name is commonly shortened to Paso Robles.

The wineries of SLO Wine Country boast an average distance of just five miles from the Pacific Ocean, resulting in prevailing marine conditions that are among the most pronounced of any wine region in California.

Collectively, these growing conditions forge a unifying wine quality that is native to SLO Wine Country:

Cool: The reliable cooling effect of the nearby Pacific Ocean ensures a long growing season, enabling the grapes to achieve physiological ripeness and natural balance. Cool-climate varietals such as Chardonnay and Pinot Noir excel in the heart of SLO Wine Country, and even the warmest areas benefit from considerable marine influence.

Consistent: The ocean proximity also exerts a moderating effect on the climate, minimizing temperature swings so that growing conditions are rarely hot or cold. The result is an extraordinarily steady growing season that fosters balanced ripening and consistent quality from vintage to vintage.

Complex: The imprint of the ocean is also evident in SLO Wine Country's uncommonly complex soils, which are frequently riddled with ancient sea fossils. Soil variation enables the winegrower to mix and match varietals to specific soil profiles, or to add more "colors" to the palette of a single varietal, heightening overall quality and complexity.

Individual wineries make many contributions to the local community, through donations of product, personnel and monetary support. In addition, the Santa Barbara County Vintners' Association hosts special events, the proceeds of which go in part to local nonprofit organizations. The Vintners' Association's mission is to promote the wine industry of Santa Barbara County and, in doing so, it brings favorable media coverage to the area and helps support the tourism industry which is vital to the region.

The first historically recorded inhabitants of the Santa Maria Valley were the Chumash tribe. Township and road names that exist today, such as Lompoc, Zaca, Nipomo and Tequepis, are words that find their origin in the Chumash language. Although it is often recorded that the Chumash tribe, and other similar Native American tribes, benefited from the influence of European explorers, in point of fact, the Chumash saw their tribesman perish at the hands of diseases to which they had not grown immune. These diseases were introduced to them by Europeans. Father Payeras, who cultivated his vocation at the La Purisima Mission in Lompoc, wrote in the 1800’s that many Chumash infants were stillborn, and that numbers of Chumash were dwindling.

The Sta. Rita Hills viticultural appellation is uniquely situated to receive the maritime influences that create the ideal climate for the growing of exceptional winegrapes. Inspired by the incredible potential offered within this wine region, a diverse group of talented growers and winemakers are producing some of California’s most exciting Pinot Noirs, Chardonnays and other varietals. As with any new region, the winegrowers and winemakers have developed a camaraderie stemming from their love of this region and the excitement of the achievements made thus far. We hope through this website we can offer the interested wine lover a glimpse into our small but exceptional corner of the wine world.

Sta. Rita Hills is a relatively small appellation of approximately 100 square miles. Intersected by the Santa Ynez River, the cool climate appellation is located between the towns of Buellton and Lompoc in Santa Barbara County, California. The Sta. Rita Hills Winegrowers Alliance includes both vineyards located within the geographical boundaries of the appellation, and those who craft wines from grapes grown here.

The Santa Cruz Mountains Appellation is nestled in one of the most unique natural environments in the world. Mountain terrain, marine influence, varied micro-climates, and distinctive soils combine to produce some of the finest conditions for winegrowing.

The Santa Cruz Mountains are called "America's Premier Mountain Appellation" because it was the first winegrowing region in the nation to be defined by a mountain range. The peak of Mount Madonna forms the southern boundary, and the sparkling waters of Half Moon Bay define the northern boundary. The minimum vineyard elevation is 400 feet on the ocean side and rises from 400 feet on the eastern San Francisco Bay side to 800 feet at the southeast boundary. Vineyards are planted as high as 3,200 feet. The appellation exceeds 400,000 acres although vineyard plantings are around 1,500 acres.

The Santa Cruz Mountains vineyards are among the precious few situated close to the cooling effects of the ocean and the San Francisco Bay. Many wineries boast breathtaking ocean views. The temperate climate typically encourages early bud break. During the growing season, the fog tends to roll in some sometime in the late afternoon with the sun burning it off the next morning. This allows the grapes to ripen in cooler temperatures. Harvest usually begins in mid-September with some vineyards harvesting as late as October. The longer growing season allows the grapes to mature slowly with intensely complex flavor.

Wine was first produced in this region in the mid 1800's. even then the grapes grown in this area commanded higher prices due to their superior quality. In a famous 1976 Paris tasting where California wines proved their worth against the French elite, two of the 11 wines chosen to represent California's best were from the Santa Cruz Mountains. In a retasting of the same wines 30 years later, the Santa Cruz Mountains took First Place, proving the ageability of these fine wines.

Now more than 70 wineries, most of them family-run, are flourishing here. The small size of their operations allows for more attention to detail and a hand-crafted quality that maximizes the potential of the wines. The Santa Cruz Mountains do not produce large quantities of wine. Rather it is the rich flavors that come from this distinct winegrowing region that makes the Santa Cruz Mountains unique.

"Silicon Valley" - it's easy to forget this area's role as California's first premium wine production region - the Santa Clara Valley. Native Americans named it "the Valley of the Heart's Delight." French and Italian immigrants who settled here during the Gold Rush era recognized the rich soils and Mediteranean climate as the perfect New World home for their European grape varietals. And so it begins...

The history of winemaking and viticulture in the Santa Clara Valley goes back to the 18th Century. From the discovery of native "Vitis Californica" grapes growing wild and the first plantings of Mission grapes at the Santa Clara Mission in 1798, through boom years and depression, phylloxera and prohibition, the region has some of the richest tradition of anywhere in the country.

Then came the rise of Silicon Valley and the farmland gave way to technology parks, housing and shopping malls. Well known, respected wineries such as Mirassou and Almadén were sold and their old vineyards torn up and subdivided. In much of the county its viticultural history is represented by little more than street names and historical markers. Winegrowing continued in the south of the county; around Hecker Pass and Watsonville Road a number of family owned wineries continued to produce wines, mostly for local consumption.

The 1970s saw a great deal of change. Bonesio Winery founded in 1916 (BW2908) was purchased by Croatian born Nikola Chargin in 1972, who changed the name to Kirigin Cellars. The Cassa Brothers winery which had operated from 1948 to 1969 was bought by the Fortino family. Brothers Ernest and Mario operated the Fortino Winery (BW 4463) together until 1972 when Mario established the Hecker Pass winery (BW 4610) a short distance up the road.

Get your wine, spirits, and beer brand reviewed by leading trade buyers in the USA. Visit USA Wine Ratings, USA Spirits Ratings, or USA Beer Ratings to enter your brand in the 2021 competition. 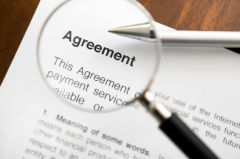 US State Franchise Laws in Wine, Beer and Spirits Business

The In's & Outs for Craft Brewers, Distilleries, Wineries on US Distribution system. These are just some of the criteria that brand owners need to know about getting their brands to market.
Read More 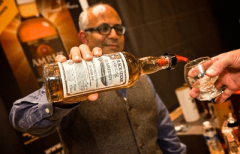 12 Things To Consider When Finding An Import Partner

How do you find the right importer for your brand and what are the most important things an importer can do to help make your brand a success.
Read More 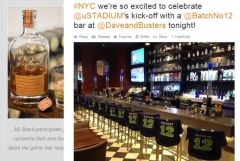 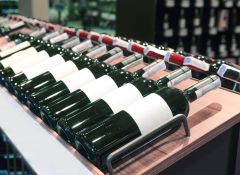 How to Become a High Volume Private Label Supply Partner

This article looks at some of the key fundamentals any winery looking to supply higher volume private labels should understand. There’s a lot more to it than just price.
Read More 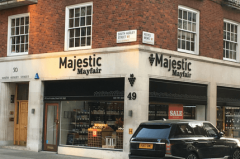 How To Begin Exporting Wine To The UK Market