Where in the U.S. Can You Legally Consume Cannabis?

As of January 2018, there are now 30 U.S. states and the District of Columbia where marijuana has been legalized in some form, such as for medicinal purposes. Here is the list for you.
Favorite 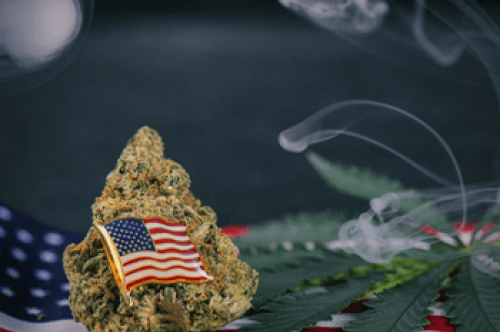 As of January 2018, there are now 30 U.S. states and the District of Columbia where marijuana has been legalized in some form, such as for medicinal purposes. And of those 30 states, 8 now permit marijuana for recreational use. Here’s a closer look at these eight states that are leading the way for the rest of the nation.

Ever since early 2015, it has been legal for adults over age 21 to use, possess or transport up to 1 ounce of marijuana for recreational use. In late 2016, the state saw the opening of the first pot shop, where you can legally purchase marijuana for recreational use. The state – which already gets 2 million visitors a year - hopes that marijuana could become an even bigger tourism draw.

Since late 2016, it has been legal to use and carry up to 1 ounce of marijuana and grow up to 6 cannabis plants in a home. In December 2017, the state began granting licenses to dispensaries to sell non-medical marijuana. January 1, 2018 was the official start of recreational marijuana sales in California.

However, there are some notable restrictions about these marijuana sales. For example, the state bans all sales between 10pm and 6am. Moreover, any city within the state can say no to any and all types of marijuana businesses operating within their geographic area. Cities also have the ability to regulate how cannabis is grown at home, mostly through the choice of whether or not to issue “home grow” permits. Several California cities – notably Glendale, Pasadena, Burbank and Fresno – have all decided to ban recreational pot dispensaries.

In 2012, Colorado became one of the first two states in the nation (together with Washington) to legalize recreational marijuana. Both residents and tourists can possess up to 1 ounce of marijuana for recreational use. The proliferation of shops selling cannabis has been so great that there are now more marijuana dispensaries within Colorado than the number of Starbucks and McDonalds combined.

As of 2016, Maine residents can legally possess up to 2.5 ounces of marijuana, which is more than twice the amount allowed by other states. However, it is still not possible to buy recreational marijuana within the state. In November 2017, the state’s legislators successfully vetoed rules for licensing growers and retailers. That has raised serious questions about the state’s plans for retail marijuana sales in the near future.

Residents can carry and use up to 1 ounce of marijuana and grow up to 12 cannabis plants in their home. Retail sales are coming to the state in July 2018. Until then, it will not be possible to buy recreational marijuana from a pot shop.

Both residents and tourists over the age of 21 can use and possess up to 1 ounce of marijuana and 1/8 ounce of edibles or concentrates. In July 2017, the sale of recreational marijuana began. Notably, the state has put into effect restrictions for cannabis growers.  In order to grow cannabis at home, Nevada residents must live at least 25 miles from the nearest marijuana dispensary.

Since 2015, it has been legal to carry an ounce of marijuana and grow up to 4 cannabis plants at home. And, in an interesting twist, it is legal to give edible marijuana as a gift, as long as it is consumed in private.

Together with Colorado, Washington State led the way in legalizing recreational marijuana back in 2012. Since that time, the state has seen nearly $1 billion in sales of non-medical marijuana. Residents are able to carry up to 1 ounce of marijuana for recreational use. The rules are slightly tighter for growers, however. For example, growers must have a medicinal reason for growing cannabis at home.

In addition to these 8 U.S. states, the District of Columbia stands out as a place where it has been possible to legally consume cannabis for recreational purposes since November 2014. However, there are a number of different restrictions in place that can sometimes make it difficult to understand the legal status of marijuana within the District.

For example, D.C. residents are able to possess up to 2 ounces for recreational use – but they are not able to consume any of it in public. And, marijuana use or possession is not allowed on any federal property. Finally, sales of recreational marijuana are not yet legalized within the District, so you won’t be able to find a single pot shop within the District if you decide to visit.

Some U.S. states stand out as places where it is not possible to use or grow cannabis for any purpose, even medicinal purposes. These include Texas and Michigan. In addition, marijuana use is illegal in much of the South and Southeast, including North Carolina, South Carolina, Tennessee, Georgia and Alabama.

However, if you are thinking of heading West, the rules become much more lax. Along the West Coast from Washington State to Southern California, marijuana use and possession is almost universally accepted. If you plan on making a stop in Las Vegas, too, you can take advantage of Nevada’s recently relaxed rules on recreational marijuana use.

Just be aware – many U.S. states sometimes have confusing or patchwork rules about when and where marijuana use is possible. For example, consider Massachusetts – despite legalizing recreational marijuana back in 2016, the state has successfully slowed the opening of retail pot shops. The first shops were supposed to open in January 2018, but that date has been pushed back to July 2018.

Or, take the example of Maine. The state’s voters supported the legalization of recreational marijuana in November 2016, but the state’s legislators took extraordinary steps in 2017 to block any attempts to sell or grow marijuana within the state.

While California is easily the largest market for recreational marijuana in 2018, it doesn’t necessarily mean that the same rules apply evenly across the state. California newspapers, for example, are filled with stories about very different rules that might exist for two cities that are located next to each other. So, as a rule of thumb, always make sure you know the local rules before planning a major trip with the sole purpose of experimenting with cannabis.

Entries for the 2021 London Wine Competition Are Now Open. Get Your Wine Brand Accessed By The Top Level Wine Buyers On Basis Of Quality, Value and Package. Learn more. 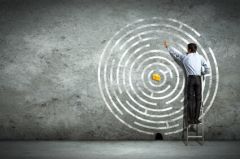 Change Your Focus To Only One Thing: Depletions at Retail level

Coming from a background of brand building and having sold wine ourselves to retailers and distributors, we know that it all boils down to one thing:
Read More 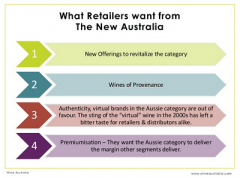 What US distributors, importers and retailers are looking to see from Australian wineries that are ready for export.
Read More 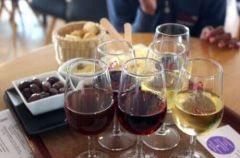 The Rise Of The Greek Wine Empire

Greece is rising like a Phoenix and shaping its wine landscape with entrepreneurial spirit and confidence.
Read More

How to Successfully Penetrate the Swedish Market: Understanding the Systembolaget

Info on expanding distribution into Sweden and insight into the growing popularity of craft beer and organic wine.
Read More