As winemakers across the state toast their gold, silver and bronze winners in the Michigan Wine Competition, the annual contest is quietly observing a milestone this year.

This summer marks the 40th anniversary of the competition, which now brings wine experts from across the country to East Lansing every year to select Michigan’s best red, white and sparkling wines. In 1977, there were about only a dozen wineries in Michigan; today, there about 130, and that number is expected to continue to grow.

But what humble beginnings.

The contest was originally called the Michigan State Fair Wine Competition. And as that title suggests, the first few events were held at the state fairgrounds at 8 Mile and Woodward in Detroit. And because home wine-making was popular at the time, amateurs were allowed to participate (that tradition ended as the state’s commercial wine industry grew).

The first judging took place in the Coliseum, a multi-purpose arena, and panel members endured the odor of manure from the nearby horse and cow pens as they smelled, sipped and spit wine.

“The smell was so prominent in the air, but you could sort through it,” recalled Joe Borrello, a Grand Rapids-based wine journalist, consultant and educator who was a judge in the inaugural event and has missed just one contest since then. “Those were the days when the industry was just getting going. There was some god-awful stuff in those early days, but everything starts out that way. You learn and grow.”

The following year the competition relocated to the State Fair Auditorium, an only slightly better venue. Before landing at its current home at the Kellogg Hotel and Conference Center in East Lansing, judging was held at other locales, including the now-defunct Machus Red Fox in Bloomfield Township, a restaurant more famous for the last sighting of Teamster Jimmy Hoffa in 1975 than its wine menu.

Gone are the days when bottles would be covered in brown paper bags and marked with numbers. Judges would pour the wine themselves and afterward could pull the bottle off the bag to find out whose wine they were drinking. Now, the competition follows the industry standard — flights of wine served in glasses by categories and marked by numbers. It’s a complete blind tasting.

Some 25 judges from Michigan and across the country spent several hours in the Lincoln Room at the conference center Tuesday evaluating some 380 wines from 58 wineries. Panels were divided among white-clothed tables, with superintendent and chief judge Christopher Cook presiding over the event. It was a congenial, quiet affair, with little chatter. Once tastings have been completed, a table captain directs discussion about each wine and judges weigh in with their votes.

“This is an industry that has moved so far, so fast,” said Cook, chief restaurant critic and wine writer for HOUR Detroit magazine, who also judges other competitions across the country. “Michigan has a really funny problem with wine. Michigan people don’t think we can do wine here; cars, yes. Wines, no … but outside of Michigan, they’re bowled over by Michigan wines.”

The judges included well-known figures in the wine world, including winemaker-author Dr. Richard Peterson; and Jim Trezise, who is president of Wine America, a Washington, D.C.-based wine lobbying group and president of the International Riesling Foundation. Local experts included Madeline Triffon, the first American woman sommelier, who is with Plum Markets; and Michael Welsh, who heads the beer and wine department at Joe’s Produce in Livonia.

The Michigan Wine Competition’s refinement and prestige has mirrored the growth of the state’s industry and the ever-increasing quality of wines produced here, most notably Riesling and pinot noir. Production of Michigan wine has skyrocketed by 34 percent in the past five years, from 1.8 million gallons in 2012 to 2.4 million gallons in 2016. With 2,850 acres devoted to wine grapes, Michigan is ranked fifth in the country in wine grape production.

The improving quality has not been lost on judges, here or elsewhere.

“It’s like a parabolical curve in improvement,” said Richard Peterson, a judge in the Michigan Wine Competition and a former research director and assistant production manager for E. & J. Gallo Winery. “They get considerably better every year.”

Peterson, who lives in Napa, California, and has worked for other wineries there, recalled tasting many good wines and some so-so wines the first time he participated in the Michigan event about five years ago. What has surprised him since then is how quickly the quality of wines improves each year.

“The quality went up a notch the next year and each year they get incredibly better,” he said.

During a luncheon break on Tuesday, he divulged that he was pleased by a pinot noir that had won a gold medal in one of the red categories.

“We had wine here this morning that could beat California (wines). The wines are quite good — not only the hybrids, but the vinifera,” he said. “The pinot noir was a very, very nice wine.”

The list of medal and the Best of Class winners were posted on the Michigan Grape and Wine Industry Council website late Wednesday.

This year’s competition marked the second time Rove Estate on the Leelanau Peninsula submitted wines for judging. The winery, which opened its tasting room last year, won a gold medal for its 2015 Riesling and bronze for its 2014 unoaked chardonnay. This time around, Rove garnered gold medals for its 2016 Blanc and 2016 Riesling.

“You always want the industry people and others to appreciate what you’re doing,” said McKenzie Gallagher, who, along with her husband, Creighton, opened Rove Estate on a parcel of generations-old family farm. “The competition really sets a standard. You know the benchmark for the region. As a group we are continuously raising the bar. It’s exciting.”

Not every winery participates in the competition.

“What’s more important is that we are soulfully making our wines with integrity and the consumers who are buying our wines like them,” said Chris Baldyga, co-owner of 2 Lads Winery on Old Mission Peninsula. The winery has not entered the competition the last several years. “If customers come back to our tasting room to buy our wines, that’s the only validation we need. That’s our gold medal.”

Still, others point out the Michigan Wine Competition is an invaluable marketing tool.

Lee Lutes, long-time winemaker at Black Star Farms near Traverse City, said consumers who visit tasting rooms are often drawn to the wines with medals wrapped around the bottle. The winery, with tasting rooms on both Leelanau and Old Mission peninsulas, entered more than a dozen wines in this year’s competition and won several medals, including a double gold medal for its 2016 Arcturos Pinot Noir Blanc.

“If the wine is selling well in the tasting room, that is what really matters,” Lutes said. “We don’t fret about it if we don’t win. It’s not the end of the world. We’re not trying to make crappy wines. The idea is to make delicious wines.”

Borrello, who also is president of the Tasters Guild International and runs its annual wine competition, said there’s no doubt how important the competition is to the state’s burgeoning wine industry.

“Basically, it’s a great marketing tool and people always want to buy top-rated wines so winemakers have to get their wines rated,” he said. “What it does is give them bragging rights. They have judges from California, Washington — all over — and they’re all pros and they know what they’re doing and they’re saying good things. Michigan wines are making a name for themselves.”

A full list of Double Gold, Gold, Silver and Bronze winners can be found at michiganwines.com 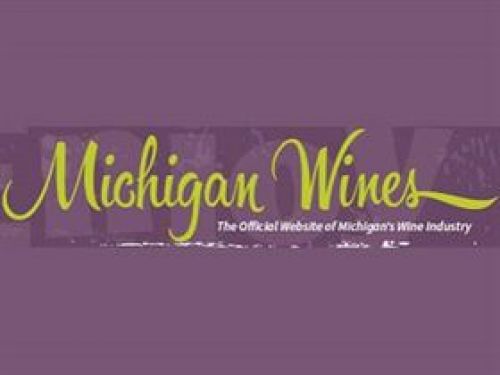