Ornellaia is happy to announce that the 2015 vintage of the famed estate’s second wine, Le Serre Nuove dell’Ornellaia, will hit international markets on September 1st, 2017. “Le Serre Nuove dell’Ornellaia 2015 constitutes the perfect expression of an exceptional growing year, with a rare combination of ripeness, weight, and overall perfect balance of all its components,” says Axel Heinz, Ornellaia Director and Winemaker. “The color betrays a youthful intensity, and the nose boasts rich, ripe, concentrated fruit backgrounded by elegant hints of spice and toasty oak. It is marked by a rounded, silky texture, magisterial balance, and by luscious fruit that progresses into a long-lived finish offering crisp hints of balsam, vibrant but utterly smooth.”

Made predominantly from grapes grown in the estate’s younger vineyards, but with the identical passion and painstaking attention devoted to Ornellaia, Le Serre Nuove dell'Ornellaia is a true second vin. This distinctive cuvée of Merlot, Cabernet Sauvignon, Cabernet Franc, and Petit Verdot is vivacious and seductively appealing, while offering full-volumed intensity on the palate.

2015 was a textbook-perfect growing season in and around Bolgheri. Winter followed normal patterns, rainy but mild, with only a few days dropping below the freezing mark. Bud break took place in early April, right on schedule. Spring was sunny and dry, which encouraged optimal vine growth and brought a consistent, rapid flowering in late May. June introduced a period of growing water stress, and July will be remembered for its torrid, dry conditions, bringing temperatures that exceeded 86 degrees Fahrenheit every day of the month. That heat, together with a lack of rain, fuelled fears of an arrested ripening process and consequent early harvest, but rain arrived around 10 August, and abundant rainfall re-started development.

Cooler temperatures during the latter phases of the season resulted in very regular, even ripening. Cool but sunny conditions lasted throughout the harvest, presenting us with the opportunity of waiting until each vineyard reached its optimal ripeness level, with the result that we brought in grapes whose crisp, lively aromatics were matched by perfect phenolic ripeness and tannins that were plentiful but supple and silk-smooth. An almost-leisurely harvest was a much-appreciated gift from the 2015 season! Picking started on 29 August with Merlot, and concluded on 12 October with the last Cabernet Sauvignon and Petit Verdot.

Le Serre Nuove dell’Ornellaia is a true reflection of Ornellaia’s pedigree. The 2015 vintage will be launched in September at a retail price of $78.00 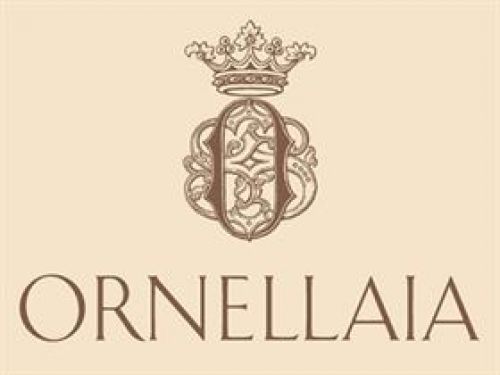