Released to mark World Whisky Day last week, the new whisky was put into an ex-Bourbon cask, which had been used once for a Speyside single malt, in May 2015.

The production process was begun at Westerham Brewery. The brewers combined their yeast with local water and English barley to create the mash. From there, Anno Distillers, which is owned by former scientists Andy Reason and Norman Lewis, took over, distilling the wash in their 300-liter pot still called Patience.

The 33% ABV low wines were then re-distilled to form the new make spirit, which was put into the cask at a strength of 63.5% ABV. After four years of maturing, the whisky has been bottled at 40% ABV. 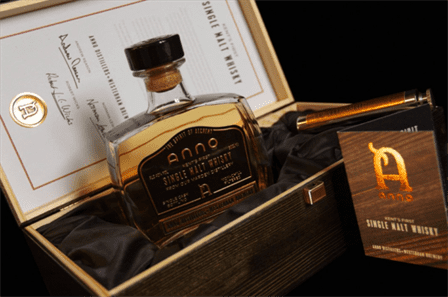 The whisky is available in 50cl bottles complete with metal embossed labels and a black ceramic cork. The bottles are hand-numbered and come packaged in a wooden box accompanied by a stainless steel flask containing 5cl of the new make spirit. Each bottle will retail for £120.

The spirit is described as having aromas of dried fruits, sweet nuts and caramel with flavours of pear, liquorice, raisin, and toffee.

Co-founder of Anno Distillers Norman Lewis said: “It’s been a wonderful experience working with Robert Wicks from Westerham Brewery. Our combined expertise has come together seamlessly and resulted in something which we’re extremely proud of. We hope those who are lucky enough to taste this limited-edition whisky enjoy savouring it as much as we enjoyed making it.”

Anno was founded in 2011 and released its first spirit, Kent Dry Gin, in October 2013. Westerham Brewery, meanwhile, was established by former biochemist Robert Wicks in 2004.

Among the distillers in the county also known to be making whisky is Copper Rivet in Chatham. The distillery hopes to release its whisky under the Masthouse brand in 2020, which has been made from Kentish barley, wheat, and rye. 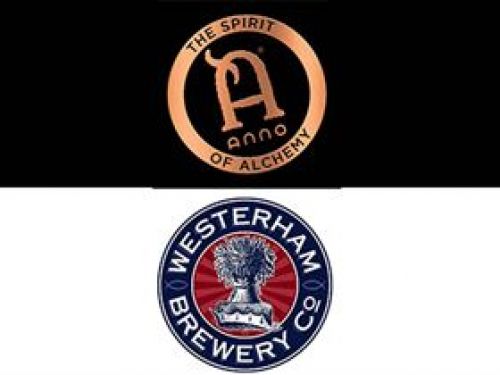