On the heels of Fremont Brewing's Ye Olde Centaur barrel-aged barleywine, Phil Bonney, the late Matt Bonney's brother, has collaborated with Andy Gundel, owner of Seattle's Urban Family Brewing, to release what is planned to be the first of a series of Book Of Bonney tribute beers - indeed, the beer's name is subtitled "Chapter 1." And before that chapter, like any good book, there's an introduction.

“Legacies are like books, they remain unchanged, are often referenced, and remain interpreted differently by those who recall their words. For this reason we wanted to dedicate a series of beers to our friend, our brother, our partner, and colleague, Matt Bonney.  For those who navigated the alcohol-fed currents of commerce, Matt Bonney represented a lighthouse. Whether it was a casual piece of advice, education, an employment opportunity, or a partnership, Matt welcomed all. But he was also my brother, my friend, and during my formative adulthood, my mentor. Lost to all in 2019, I sought a way to honor him while inspiring others to carry on his legacy. Welcome to the Book of Bonney.

"Shortly after Matt passed away, I came up with the idea for a series of beers that were like my brother, unique. Like Matt, these beers challenged those who made them to test the definition of beer. A former brewer himself, Matt empathized with what it took to produce something unique. Pushing the limits of what defined beer, Matt’s beers reflected him, sturdy and able to withstand the passage of time.

Read more at the source: newschoolbeer 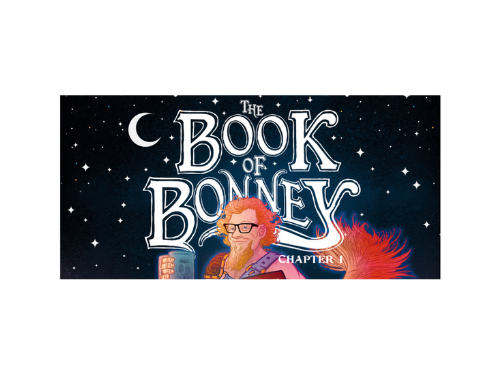