Jolly Pumpkin Artisan Ales will release PURE SPECULATION, their first non-sour beer packaged in 16-ounce cans on Saturday, September 29. The beer will only be available on this day at the brewery at 2319 Bishop Circle East in Dexter, Michigan. The brewery is hosting the 2018 Zwanze Day Rare Beer Festival that same day, but a ticket to the festival is not required to purchase Pure Speculation.

“I don’t know the best way to categorize it,” said Ron Jeffries, Jolly Pumpkin founder, and brewer. “I could say they’re a Monkish Style or Anchorage Brewing Style but that’s not really right. We’ve done some amazing IPA collaborations with these breweries in the past but always aged them in oak because that’s just what we do. It’s a crazy full circle kind of thing because these brewers that we inspired are now making beers so phenomenal, they’re inspiring me to brew better and create even more interesting and exciting beers.” 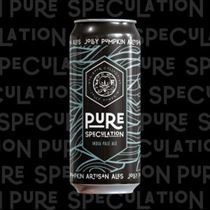 The beer’s malt bill includes Vienna, oat malt and flaked oats. It was triple hopped with a blend of Michigan Cascade and Chinook, as well as Amarillo, Mosaic, and Galaxy hops. It’s 8.2% alcohol by volume (ABV) and comes it at 65 IBUs (International bittering units) with aromas of ripe peach, pineapple, and mango.

“I think it’s gonna taste great. This beer will definitely make you smile. It’s got a f*%k ton of hops in it for one thing. It’ll be a real mic drop. We’re pretty much bringing a “mid-coast style” to the whole east coast/west coast IPA battle. Oh, and cans. Don’t forget the cans, ‘cause they are wicked cool,” said Jeffries.

The retail price for a four-pack of 16-ounce cans is $19.99. Sales of the 4-packs begin at 2:30 p.m. on Saturday 9/29/18. They can be purchased either in the Dexter Artisan Ales + Kitchen Tap Room at the front of the building on Bishop Circle, or around the back at the big open bay doors. There is a 1 case limit on purchases. It will also be on draft ONLY in the Tap Room that day. It will be available on draft at all other Jolly Pumpkin Pubs on Monday 10/1/18. 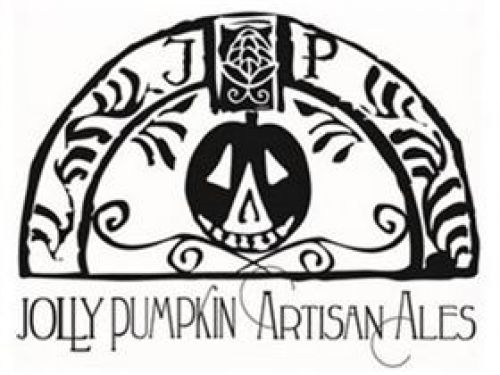