According to the bizjournals, Lifestyle brand Drink Wisconsinbly is expanding its push into beverages by partnering with the Jacob Leinenkugel Brewing Co. Drink Wisconsinbly, a concept born in 2013, promotes itself as “unofficially the official lifestyle brand of Wisconsin.” The business is well known for its branded merchandise, like shirts and drinkware that bear the company’s name.

Drink Wisconsinbly also operates a pub outside Fiserv Forum on the Milwaukee Bucks’ entertainment block. The pub opened last year after relocating from its original space in the Walker’s Point neighborhood of Milwaukee. Last year, Drink Wisconsinbly entered the beverage business by introducing its own brandy. Now, the company partnered with the Chippewa Falls-based maker of Leinenkugel’s beers to bring a lager to market. 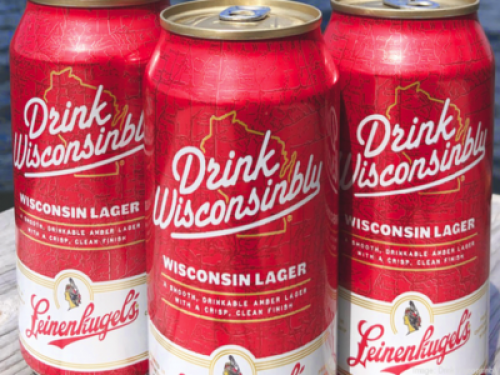 4E Winery Opening On Sunday With New Guidelines In Place

THE WINERY SAYS THEY WILL ALSO BE SANITIZING EVERY TABLE BETWEEN GUESTS AS WELL AS FREQUENTLY USED SURFACES.
Read More