Creature Comforts Brewing Company is bringing back seasonal offering, Koko Buni (6.5%), a milk porter with toasted coconut, cocoa nibs, and coffee, this December. Koko Buni will be available on draft and in 6-packs of 12-ounce cans onsite in the brewery’s tasting room as well as throughout its distribution footprint.

Koko Buni’s flavors are rich and velvety – perfect for cooler days and evenings. As with all Creature Comforts’ offerings, a key characteristic of Koko Buni is a balance. None of the flavors are overpowering or fatiguing on the palate. 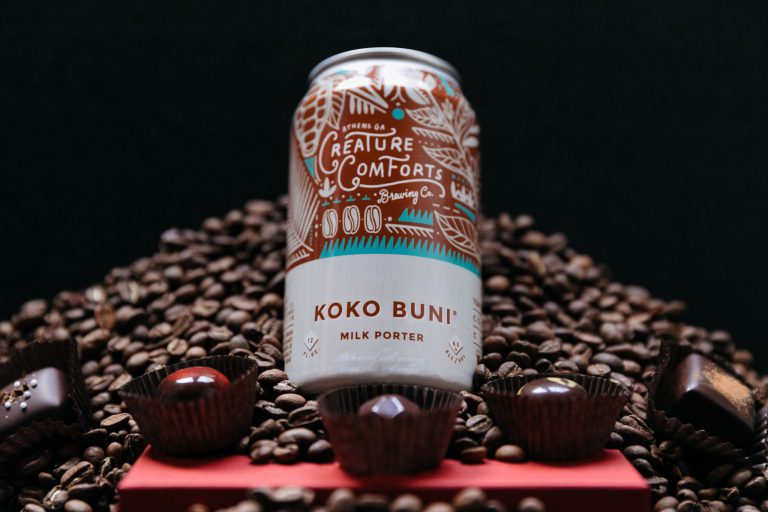 The brewery sourced the coffee and a portion of the cocoa nibs used in the beer locally. The coffee is an Ethiopian blend from 1000 Faces Coffee and the cocoa nibs are Ecuadorian from the local bean-to-bar chocolatier, Condor Chocolates, and Haitian from Woodstock, IL-based Ethereal Confections.

Continuing in an effort to frequently work with local partners, Creature Comforts worked with Athens artist David Hale on the can design. The design won CNBC’s Battle of the Beer Labels competition in April 2016.

The coconut and Ethiopian coffee used in making the beer-inspired its name. “Koko” translates to coconut in Papiamento, a language commonly used in the Caribbean. “Buni” is derived from the word for coffee in Amharic, the primary language found in Ethiopia.

Koko Buni is currently on draft in the brewery’s tasting room and cans will be available onsite at the brewery on December 3. The milk porter will be in the market shortly following the onsite release. For more information on Creature Comforts, visit www.creaturecomfortsbeer.com. 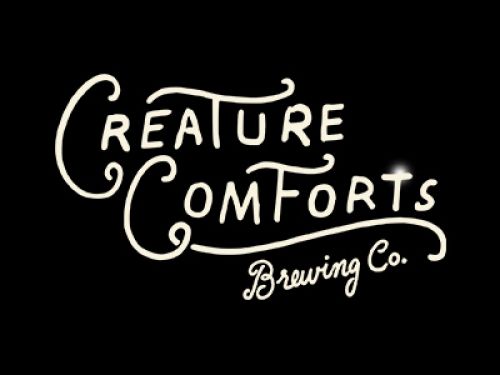