Buskey Cider located in Scott’s Addition neighborhood of Richmond, Virginia will be releasing its Stout Cider on Black Friday. This cider was made with Virginia apples and gluten-free ingredients that are typically used in dark beers, namely coffee beans, cocoa nibs, and Belgian Candi. This beverage was made in collaboration with Lamplighter Coffee Roasters to celebrate its 10th anniversary. 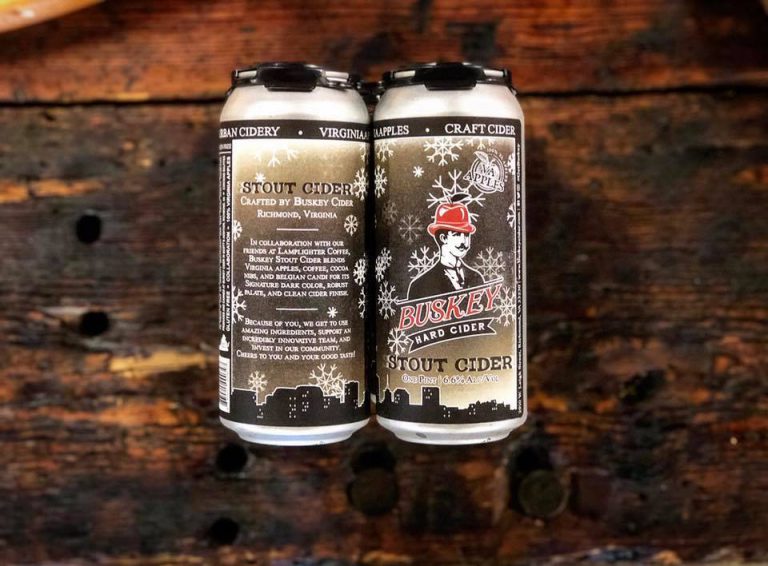 Will Correll opened Buskey Cider at the age of 26 with his wife, Elle, in April 2016, noticing a lack of local cider partnering with Virginia apple orchards. The cidery includes the production facility as well as the taproom which has 12+ innovative ciders on tap at all times. The Stout Cider label was designed by co-owner Elle Correll, which features the Richmond skyline with a powdery dark sky, simulating snow to highlight the cold weather season. Buskey is an all American word that was written down in a letter by Ben Franklin the slang the young people in the taverns were saying during colonial times when cider was the most popular alcoholic beverage.

Buskey Stout Cider will be available on tap and in 16oz cans in Scott’s Addition at 2910 W. Leigh Street and Buskey Cider on the Bay in Cape Charles at 109 Mason Avenue in very limited supply. Buskey also produces its classic flagship RVA Cider, 100 calorie Mojito Light Cider, and seasonal Blueberry Pancake Cider which is available in distribution across Virginia through Premium Distributors, Chesbay Distributing, Blue Ridge Beverage, and Wendell Distributing. 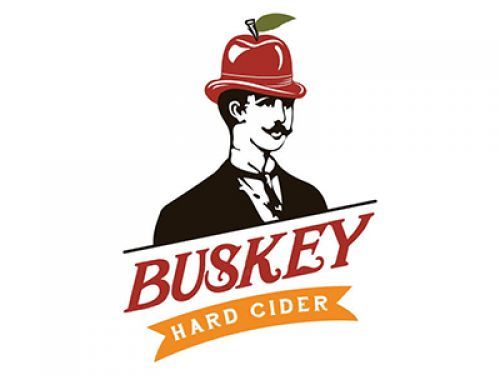