What the UK media is looking for in your story

For all the multitude of potential media outlets for your story they don't mean a thing if you don’t have anything meaningful to say. So here are 10 top tips on how to turn your idea of a “must read” story in to a “must publish” article for your target media.
Favorite 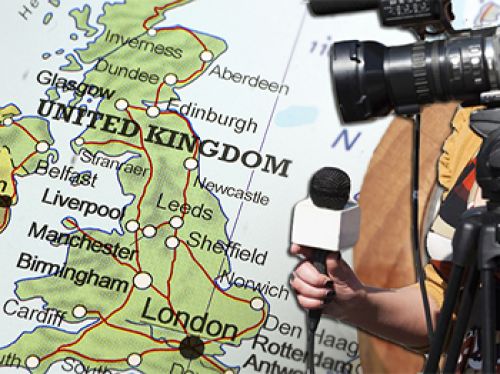 First the good news. There has never been more opportunity to get media coverage for your company, be it a winery, a distillery, a major brand business, drinks supplier, distributor, retailer, restaurant or bar.

You only have to look at the number of daily newsletters, blogs, websites, magazines, specialist journals, not to mention the thousands of personal social media feeds to think it can’t be that hard to get a mention or two along the line.

But now the bad news. For all the multitude of potential media outlets for your story they don't mean a thing if you don’t have anything meaningful to say. And there’s the rub.

So here are 10 top tips on how to turn your idea of a “must read” story in to a “must publish” article for your target media.

1 First of all do you actually understand the question?

Too often drinks businesses fail to appreciate what actually makes a story in the first place to even get anyone outside their company interested. What you think is important and vital to your business, does not automatically make it interesting and newsworthy to a reputable journalist.

Before even embarking on any press activity you need to determine what it is about your company that a complete stranger would find interesting. What are you doing that is genuinely different? What makes it compelling to read?

If people quickly move away from you at a drinks reception when they ask you what you do, then you need to be telling your story better.

This is where hopefully a good PR agency can help, but not always. It can often be a good idea to bring in a professional journalist you trust and ask them to tell you what they think is interesting about your business and go from there.

2 Doing your job is not newsworthy

It might sound harsh, but simply sending out a release about your new vintage, a new bottling line, the fact you have just been awarded some quality control award, or passed an environmental test is not news. It is simply doing your job.

Here’s a quick and easy way to determine what falls in to that category. If when filling in a form that asks what your business does and you answer is along the lines of “We make/bottle/package/distribute/sell wine” then sending out a press release which essentially reinforces that to the world that is what you do is essentially a waste of time.

But it is shocking how many press releases and press activity does exactly that.

3 Remember “news” is about what is “new” about it

With a good news story, the clue is in the name. If what you are doing is genuinely not new then it is probably not worth telling anyone about it. If you are wine producer what is news is a new brand, a new style of wine, a new variety you have made. Not the fact we are all a year older and you have a new harvest to sell.

The closer you are to the business the harder making that distinction can be. But if you would not think of asking your boss for a promotion based on the fact you are selling essentially the same version of the same product or service again and again then don’t bother telling the media about it.

Here’s a challenge for you. Arguably every business in the world has a front page story waiting to be told, they just don't know what it is. They can’t see the wood from the trees to understand what it is they do that complete strangers, other people in their industry, local community or wider public would find interesting.

Here’s an example of a press release I once received.  A local Spanish winery had introduced a new water filtration and pump system to help irrigate its land. What’s more they had invested a couple of million dollars in doing so. For the winery the fact they had invested so much money in helping irrigate their vines to make better wine is what they were so proud of and want the world to know about. They issued a press release and were disappointed to get virtually no coverage. Why? Refer to Tip 2.

But when we dug a bit deeper and found out that actually the same new water filtration system was also able to help local villages by providing them with a better water supply then we had a potential front page story on our hands.

“Thousands of homes get new water supply thanks to (insert name of winery)”.

5 The media needs your help to fill pages, column inches, pages on website.

The reason that winery story in Tip 4 still stands out to me is that it helped us on a busy weekly magazine get a good lead story for one of our news pages. Remember all journalists, all media outlets have deadlines. They have to publish content to stay alive, be relevant, be competitive.

To do so they need stories. They need you to help them. You don’t need to be spending vast amounts of money on PR, you just need to understand the needs of the media outlets where you want to be seen. Get to know the editors, the news editors and look at the type of stories they are doing. If you think you have a good story then ring them up directly and tell them what it is.

Offer it to them exclusively. Help them plan their deadlines. If you can make the life of a journalist easier, then they will look twice at any story you send them.

6 What one journalist thinks is a story, another won’t

This is a crucial lesson to learn. In the same way you would not think of selling the same product to different types of on premise or off-trade outlet, then don’t think the same story packaged in the same way is going to appeal to every media outlet you want to hit.

All titles and all journalists are interested in different topics. They have different readers, different agendas and you have to make sure your story is presented in a way that will be interesting to them. It might mean having to tweak the same press release five to 10 times over, but if you want coverage in five to 10 different media outlets that is what you have to do.

7 Can your story work and help build traffic on social media?

Regardless of the type of media outlet you are looking to target, if your story is worth publishing then it has to be able to be pushed through social media. All media titles and journalists are now judged as much by their social media activity and engagement on channels such as Twitter, Facebook and Instagram as they are by what appears in a magazine, newspaper or website.

So make sure any media release you send out includes the relevant social media handles, and hashtags. Ideally you would also include the individual social media addresses of key people involved so that they can be tagged in any Twitter or Instagram posts.

Make sure you include imagery that is suitable for both printing in traditional and digital media, but also works on social media as well.

This hits two vital targets. You are making the life of the journalist easier, but you are also spreading your story on social media to people, businesses and users well outside your normal scope.

The media is no longer confined to just the traditional outlets run by major publishing companies. It also includes bloggers and individual specialists in certain areas that can be particularly important in helping to tell your story.

This is very much the time of the so called “influencer”. Key individuals be it through their own work or through their profile on social media that can now build and spread stories and news in a way that even the traditional publishers can’t as they are seen as being truly independent.

It is important to be able to identify who those influencers are and build relationships with them. Remember they are also keen to keep one step ahead of the pack and are very open to being fed specialist, exclusive content.

9 It’s all about the numbers

What the media is also desperate to get its hands on is good data and statistics that really help them tell the story in a more interactive way. We live in the age of infographic, and charts that share nicely on social media.

All businesses will have access to their own data, and potential industry and category data that can be shared collaboratively with media partners ensuring they get the credit. A good credible way to get good quality content published that also enhances your reputation as a business as a whole.

Some of the most popular areas of any media publication are the letters and comment sections. Again the editors of those sections are constantly on the lookout for good, different, challenging, thought provoking content.

So this is your chance to have your say, and have an opinion on a topic that really matters to not just your business, but the industry you work in or most importantly to the readers of the media outlet you are pitching to.

Too many companies shy away from saying anything of any real purpose hiding behind PR and media speak which is as frustrating to read as hearing a political avoiding a question.

So if you really want your five minutes of fame in the media. Stand up and say something of interest.

Just make sure you read steps One to Nine first....

BTN would like to thank Richard Siddle, editor and co-founder of www.The-Buyer.net for the insights on how brands can get UK media attention.

Richard Siddle is an award-winning business editor with over 25 years experience working across a number of fields including computing, FMCG, grocery and convenience retailing, travel and for the last 10 years wine and spirits. He spent much of that time as editor of Harpers Wine & Spirit where he was widely recognised for having turned one of the UK’s oldest publications into an agenda setting, must read for the drinks industry. Richard has now launched his own website platform for the premium on-trade, www.The-Buyer.net, New business website for the premium UK on-trade aimed it providing insights and analysis to bring drinks producers and buyers closer together.

He also sits on the advisory panel of the International Bulk Wine and Spirits Show (London), the publishing editor of VINEX, the global bulk wine trading platform and produces Grapevine a fortnightly insights, news and views newsletter for the London Wine Fair. Throughout his career Richard has built a reputation for campaigning journalism that gets to the heart of the business issues that really matter to his readers. 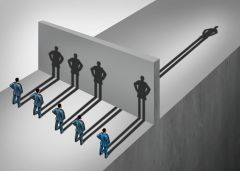 David and Goliath: How to Target and Overtake Category Leaders

Where to focus to take on – and take out – your biggest competitors in the beverage world.
Read More

Wine Trade Associations in Sonoma and Lake and Mendocino County 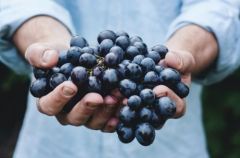 How smaller wineries can grab the attention of distributors

Distributors are always looking for a turning point in their portfolio. What smaller wineries have to do is hit the right spots, and figure out what distributors want right now. Here are a few ways.
Read More 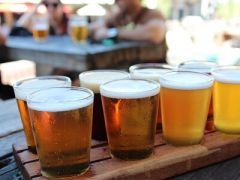 How to Export Your Craft Beer Brand to the USA

Insights and Strategies for international craft beer labels looking to penetrate the US market.
Read More 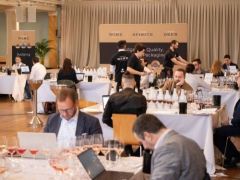