As the Hong Kong wine market has continued to develop and mature, the purple elephant in the room is the question of whether it has become less sexy. On this page BTN gives you insights on Hong Kong Wine Market.
Favorite 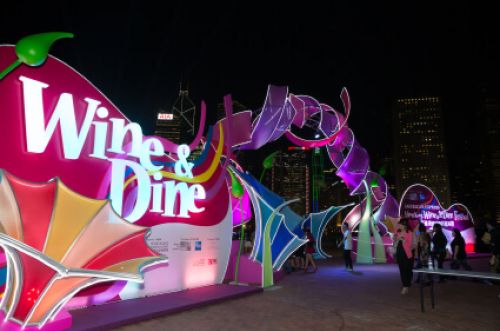 As the Hong Kong wine market has continued to develop and mature, the purple elephant in the room is the question of whether it has become less sexy. If we were to rate market attractiveness the same way singles on the prowl rate each other, we’d have to say that Hong Kong has probably gone from a 10 to an 8; desirable to be sure, but not the bombshell it once was. We see this as a positive development (after all, we are told the only way to stay pretty is to die young – not an alternative most of us are lining up for). We take it as a sign of acknowledgment that our consumers are now too sophisticated to be the target of those who are only interested in a roll in the hay.

The market making all the headlines, meanwhile, is undoubtedly our big sister to the north, whose Cinderella makeover over the past two decades has made her the hottest item in Asia. We have the good grace to accept this, embrace the fact that it means we still get visited by every major wine producer on their Asian tour, and look forward to all the exciting wine activity that undoubtedly lies ahead. For more on the Shanghai wine market, see Debra Meiburg’s Guide to the Shanghai Wine Trade, also released this year.

Hong Kong also remains the only trusted source for wines of a certain reputation - most mainland collectors that we have met with professed a marked preference for scooting south to Hong Kong anytime Christie’s, Sotheby’s or Zachys decide to release a newly acquired collection, rather than risk purchasing questionable blue chip labels in their own markets. At the same time, Chinese auction buying has experienced a minor revolution of its own, with Bordeaux taking a bit of a spill to the advantage of Burgundy, the Rhône, Champagne and Italy.

Call it the trickle-down effect, but this has also meant a wider proliferation and respect for the upper-middle tier of wines from these newly validated regions, particularly in the off-trade. The medium bracket, spanning HK$150-350 (~US$20-45) at retail, is the segment most retail shops seem to be betting on, and fortunately, this aligns nicely with consumers’ comfort zone of HK$200-500 (~US$25-65). Also, wine consumption has become much more of a regular activity and less of a special treat: according to our consumer survey, 64% of consumers drink wine a few times a week or more, and 17% of consumers drink daily. So now that the madness has abated, perhaps we can get on with building a long-term, sustainable wine culture.

Like any experiment carried out on a grand scale, Hong Kong’s open wine market has certainly popped out some oddities. In the halo around Central alone, one can peruse shops focusing exclusively on Champagne, Margaret River and even Crimean wine. Anyone who’s been happily drinking generic Chardy for years would be forgiven for thinking Hong Kong may now have one or two oenophiles too many. 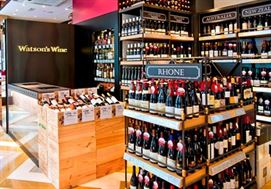 Until recently, street level retail had been dominated by one name: Watson’s (owned by local Taipan Li Ka-shing), but more than a few challengers have sprung up of late. Sadly, the majority of contenders contribute minimal biodiversity, with me-too lists that never stray far from the letter B. Shops of this genre are usually the opposite of bustling, their shop attendants listless from hours (even days) without human contact. The investment-grade bottles lining their shelves are as much advertising for these establishments’ direct-to-client businesses as the couture-filled windows of luxury boutiques are for those same brands’ markedly more profitable fragrance lines.

Luckily for us, there is an abundance of non-traditional alternatives, particularly within the cloistered realm of fine wine. Unlike most other parts of the world where these functions are separate, in Hong Kong, retailer, importer and wholesaler are usually different hats on the head of the same company (or person), and almost everybody has fingers in as many pies as possible. Of the 73 Hong Kong wine retailers who chose to answer the question in the survey for our Guide to the Hong Kong Wine Trade 2014, only 12 claimed not to use E-commerce, email ordering, fax or telephone ordering as a means of reaching the end consumer (and we have to ask, are those 12 living in a cave?).

Before you get too excited (particularly those of you who come from strictly regulated wine markets where this kind of free-wheeling is something that suppliers can only dream of), let us discuss the pricing model. Unfortunately for end users (and ultimately suppliers), this supposed efficiency doesn’t always result in drastically lower consumer prices. Even businesses that haven’t invested in the financial sinkhole of a brick and mortar shop generally keep a marked-up retail pricelist for non-trade customers, mainly to avoid alienating their customers further down the supply chain.

Many businesses – particularly those who trade in fine wine – settle for something in between, recasting 38th floor offices in industrial buildings as “showrooms,” often complete with Riedel stemware, beckoning leather sofas and languid wine collectors sipping Grand Cru Burgundy. These spaces are often used for private events, and generally frequented by more mature consumers, or at least those with a mature budget.

However, there also is an increasingly thick stratum of wine shops that break the mold without breaking the bank, often by sweetening the pot with educational spaces, technophile trappings or well-stocked enomatic machines. Most retailers have gotten on the cross-selling train, with only 30% claiming to sell nothing but wine. They also try to keep it interesting by mixing it up: 57% shuffle SKUs quarterly or more.

Still, we feel there is probably a good deal of improvement to come: in the view of those shop owners we surveyed, “fun/attractive environment” was beaten in its relative unimportance for attracting customers only by “additional services.” Both are considered less important than “price promotions.” But is it a case of uninspiring shops, or uninspirable customers? The successes of those who rated either services or environment highly would suggest the latter quandary is not insurmountable.

Meanwhile, the supermarkets. Very much in contrast to the attitudes held in older markets like the US, UK and Australia, the generally held view on buying wine in supermarkets in Hong Kong runs thus: nobody serious would go there. From a volume standpoint, this is not strictly speaking true: according to government figures, around 30% of our wine sales volume passes through the supermarkets. 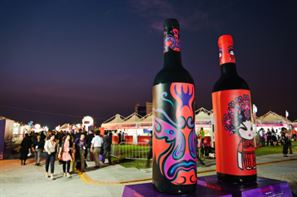 This will primarily pass through the two dominant players: the camp of Dairy Farm (a member of the Jardine Matheson Group): Wellcome, ThreeSixty and Jason’s Marketplace, and also the 7-Eleven convenience stores; and the camp of A.S. Watson Group (itself owned by the same Li Ka Shing’s Hutchison Whampoa): ParknShop, Taste, Great Food Hall and Gourmet and of course the specialist wine retailer already mentioned, Watson’s Wine Cellar. However, the news of Mr. Li’s grand plans to sell off ParknShop, announced earlier this year and recently shelved, indicates that without this grand monopoly, fueled in its dominance of the market by its privileged access to real estate through its connection with Hutchison Whampoa, wine in supermarkets might become much more competitive.

Based on our own research, supermarket wine consumers are at present a group whose potential has not yet been fulfilled. The 14% of consumers whose primary purchasing venue is the supermarket are generally lower spenders: 37% won’t spend more than HK$200 a bottle (US$25), and their average annual spend is around HK$2800 (US$350) compared to HK$3900 (US$500) for the whole group. The per bottle figure claimed by our respondents is actually higher than what is likely spent in reality, given that we hear the average per bottle price of supermarket wines is around HK$60 (US$7.50).

Counter to the trend in many more mature markets, where women are the primary customers for wine in supermarkets, we found that women in our survey were less likely on average to purchase wine at a supermarket than men. Thus the strategy of relying on approachable, “girl-friendly” labels with cheeky names designed to draw in irreverent female shoppers (“Skinny Girl, Hot Bitch”) is probably a case of barking up the wrong tree.

While many supermarkets overseas have used their superior buying power for good in terms of promoting more unique or niche items (for example, Whole Foods have run specials on Grüner Veltliner, and Waitrose has stocked Indian wine in the past), we would describe Hong Kong supermarkets’ current approach to wine as uninspiring (even if we concede that it is a relatively young wine market, particularly as a mass market). Even now, one of the biggest hits at City’super (in truth less of a supermarket and more of a large-scale gourmet market) is the less than compelling Yellow Tail, according to their buyer.

Another big difference between Hong Kong and markets with a more competitive supermarket scene (like the UK, where margins on wine are razor thin), is that Hong Kong’s supermarket wine departments are actually quite profitable (at least for now). While wine is a decent performer on the revenue front as compared to other fast moving consumer goods, it is apparently the most profitable product per square foot in Hong Kong supermarkets, suggesting that the supermarkets are not likely passing along all the benefits of superior buying power and access to lower-rent real estate to the consumer.

The above article is contributed by Debra Meiburg MW and Sarah Heller, Executive Director of Meiburg Wine Media (www.debramasterofwine.com). Debra Meiburg is one of three Masters of Wine in Asia and ranked 7th Most Powerful Woman in Wine by The Drinks Business. BTN would like to thank Debra and Sarah for providing BTN members great insight on Hong Kong wine business. 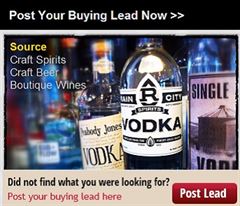 If you are a importer or a distributor and planning to add new brands in your 2014 portfolio. Try sourcing at BTN.

BTN members are looking for partners to increase their distribution.

Tell us your Buying Requirement. Receive qualifying offers to your buying requests directly from suppliers. (Must be a licensed Importer or Distributor).

Take just 5 minutes to fill out a Buying Lead request and start sourcing globally on BTN.

-Receive quotes from suppliers in as little as 48 hours

-Simple & Easy: Use 5 minutes to fill out a Buying Lead 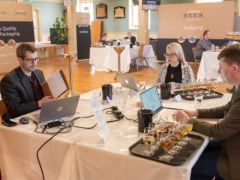 The results of the 2022 London Beer Competition are out. The 2022 Beer Of The Year award goes to Intuition by Attic Brew Co.
Read More 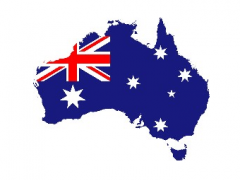 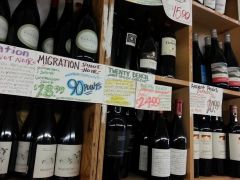 BTN looks into basic programming and incentives that can be used to drive your brand in the distribution channel.
Read More 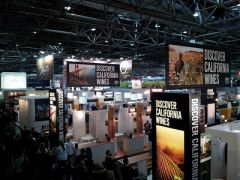 Guide To Prepare Your Brand's PR Kit For Magazines

16 Pointers on PR for brands reaching out to magazine editors, understanding magazines and what magazine editors really want, so you can gain some editorial about your brand.
Read More 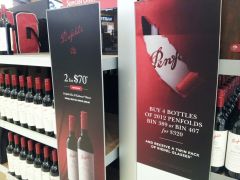 How To Increase Your Cellar Door Sales

Information for wineries, breweries and distilleries on how to increase traffic and sales at brewpubs and tasting rooms.
Read More