On this page BTN writes about Effective Sales and Incentive Programs and how that can help your brewery, winery or beverage brands.
Favorite 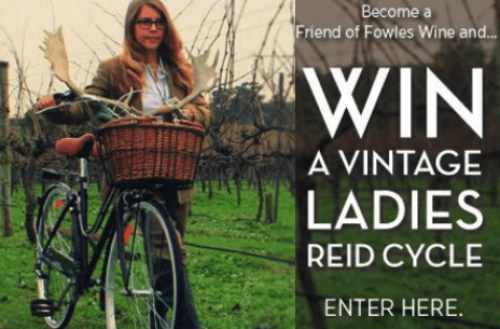 Here are a few examples of highly successful Incentive programs craft brewers and wineries have conducted.

A large craft brewer, back in 2003, was facing intense competition within its industry and an industry-wide slump of approximately 20% decided to challenge all employees to turn the situation around in the next fiscal year. They designed a program that identified what each sales division would need to accomplish to produce the desired result.

They then placed a value on the relative importance of the performance in relationship to their unit and company goals. A multi-tiered incentive program was put in place that included benchmarks from inside and outside the organization to measure the success and effectiveness of the program. With over 300 employees in 7 offices, it was critical to have buy-in from the entire company. The brewery identified 25 of the key players that would most influence the ultimate outcome of this effort.

The incentive for these 25 would be an all expense paid trip for the employee and companion on a 7 day  in private veranda staterooms. Incentive awards of varying value were assigned to everyone underneath so that employees could see appreciation for their work. At the end of the fiscal year, not only did they meet their goals but exceeded them beating the industry average by a +30% gain and one of the most profitable years in their companies history. The cost of the incentive awards in relationship to the profits accumulated were a little over 25%. A handsome reward for everyone concerned, particularly shareholders of the craft brewery.

Individual stores of national C-store store chain are owned and operated by holding companies that may own multiple stores. Because the retail food industry is so highly competitive and profit margins razor thin, operational efficiency is key to profitable operations. Store managers play a critical role in achieving this and can literally make or break a store.

One of the holding companies that owns and operates 37 of the franchise C-stores developed a very innovative point based incentive program for store managers as a means of achieving this efficiency. Point values are assigned for items like reducing costly employee turnover (the industry average is nearly 150% in retail C-store stores), reducing down time on equipment by regular and thorough preventative maintenance, high mystery shopper scores, innovative local marketing to move featured products, reduction of customer complaints and a wide variety of other tasks that reduce real dollar expenditures and improve store profitability.

Each year, the C-Store company conducts its annual meeting either on a cruise ship or a nice beach resort and those store managers who have achieved a certain level are allowed to bring their families on the trip with expenses for the employee and spouse fully paid by the company. In addition to business meetings, the company does a very special awards ceremony on the last night that highlights the best performers that have helped company increase profitability for the year. The camaraderie of the store managers and healthy competition between them is refreshing to see and a testament to skilled owners who know how to get the best from their employees.

The cost of the reward versus the financial gain from the new members was very low and the reward was much less expensive than traditional newspaper advertising and other methods used in past campaigns. The mug club indicated it was one of the most cost effective campaigns they have done and have incorporated it as an annual event in their business plan.

A large organic winery in a Northern California city was suddenly faced with the opening of a new organic winery with major financial backers in the city in near proximity to their vineyard. Obviously, this was a major concern for the nearly 50 year old winery because of the ability of both new competitors to under price them and the name recognition that is attached to those two brands.

The manager of the older winery went so far as to tell the owner that they would put him out of business within 2 years. Thinking creatively, the owner and his wife threw a lavish customer appreciation party for couples and their spouses at a local hotel. During the party, the owner announced a new program wherein the customers would be awarded points based on the dollar value of their purchases over the course of the year. At the end of the year, if the couple had spent $5,000 with them they would earn enough points to attend an all expense paid trip for two to Cancun for one week in June (the slowest time for visitors due to weather).

This event became the annual Customer Appreciation trip and locally was as much a social event as a business event. Spouses actually asserted pressure on their husbands to make their purchase from the older winery because they looked forward to the trip. The first year, 90 couples qualified and the group of 180, consumers and spouses went on a 5 day trip to Cancun. The second year, 82 couples qualified and the group of 164 went to a posh all inclusive in Cancun and had a great time. If the consumer spent double or triple, he could take more people.

The owner of the business calculates the cost of the reward to be equivalent to a 3% cash discount. If a couple earns the trip and doesn't go, there is no payout. Do the math, 90 X $5,000 minimum is not bad. By the way, the Winery manager that made the bold prediction of putting the owner out of business is long gone.

They offered a discount program on all old products to move it out of antiquated inventory. The manufacturer adopted a combination product re-launch and dealer incentive program to recapture market share from the competitor they had been losing market share to. The Dealer Incentive program involved a very exclusive Presidents Club promotion whereby Dealers could earn this prestigious trip based on dollar volume increases in sales over a 6 month period. This not only promoted the number of units sold, but also profitable accessories sold with the unit. The manufacturer saw a spike in sales from dealers who perceived the product as improved and at the same time the reward for their efforts as valuable and desirable.

A major brewer was struggling to gain market share in a declining market. It raised its marketing spend by 20% and that did nothing to stem the declines they were experiencing. The Vice President of Sales decided to hire the Maritz Travel and Incentive Company and build a points-based system based on double points for high profit brands and single points for low profit brands.

The 500 person sales force were all provided sales goals for both high and low profit brands. Their performances were tracked vs. goal over a 12 month period. The top 25 sales performers were awarded a $10,000 shopping spree in a Maritz warehouse that was located in St. Louis, MO. The wives of the salesmen pushed their husbands hard to win high prized incentives like Callaway golf, Patagonia, Godiva chocolates, Samsonite luggage, Mont Blanc pens, Bulova watches, Linden clocks, Swiss Army knives, Gucci bags, Lenox and Waterford crystal, Bose electronics, Canon cameras, Panasonic and Sony TV’s, Oakley and Ray Ban sunglasses, Gorham silver, and Bushnell optics. The sales of the Company turned from -8% the year before the Incentive to +6% the next year with the shopping spree incentive.

Are You Still NOT Investing In Online Channels?

You have to adapt to the times, and the time is digital now. If you haven\'t already started increasing your winery\'s online presence, take a look at how going online will help your winery.
Read More 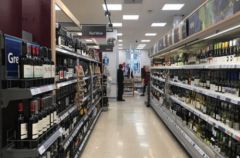 How to Battle Against Big Brand Importers and Distributors

To successfully fight big brands, sales reps need to roll up their sleeves and think of their accounts the same way exceptional hospitality people regard their guests.
Read More 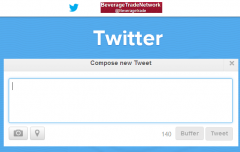 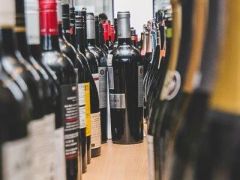 Distribution 101 for Wineries, Breweries and Distilleries

An introductory guide to distribution in the USA for start-up wine, beer and spirit brand owners and importers
Read More 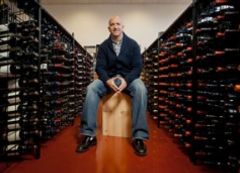 Crafting your Pitch for the Independent Liquor Store Merchant

What are independent liquor stores looking for when they select new brands?
Read More