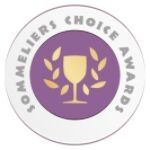 Sommeliers Choice Awards provides provide on-premise buyers and sommeliers a valuable benchmark for understanding which wines would make a compelling addition to a wine list. The judging panel of Sommeliers Choice Awards consists entirely of top sommeliers, on-premise wine buyers, and wine directors at U.S. restaurants, bars, pubs, and clubs. Medals will be awarded to those wines that meet very specific judging criteria, with a goal of identifying wines that should become additions to restaurant wine lists. The highest marks will be awarded to wines that provide value for money at their respective price points. Judges know the trade prices of each wine as they are judging each flight. The number one question that sommeliers will be attempting to answer as they judge wines is: “Would we stock this?” If you are looking to sell more of your wines to on-premise establishments such as restaurants, hotels, pubs, and bars, then there is no better place than the Sommeliers Choice Awards. 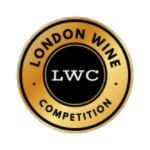 The London Wine Competition is an annual international wine competition that rates, reviews, and rewards wines based on three important criteria: quality, value for money, and packaging. It is the world’s most relevant and unique wine competition. The competition is judged by a leading panel of top-level wine buyers with current direct commercial buying responsibility. The list of judges is drawn from leading retail chains, wholesalers, distributors, and on-trade groups across a variety of channels and disciplines including multiple retailing, convenience stores, cash and carries, specialist retailers, casual and fine dining, hospitality, and the travel industry. Hence the competition singles out and shines the spotlight on those wine brands that consumers really want to buy and have a clear market value for trade buyers. You can visit their website http://londonwinecompetition.com/en/ to know more. 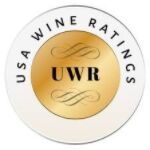 The USA Wine Ratings looks to set a new benchmark for award-winning wine by assessing them for their quality, their value for their money, and what they look like with their packaging and design. We’re told to never judge a book by its cover. This is very much the approach taken by the majority of wine competitions around the world that only judge a wine by how it tastes, with no consideration at all for what it looks like, and often how much it costs. 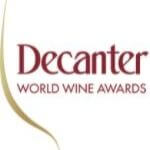 The Decanter World Wine Awards (DWWA) is the world's largest and most influential wine competition. Judged by the top wine experts from around the globe, the DWWA is trusted internationally for its rigorous judging process. Wines are organised for tasting by country, region, colour, grape, style, vintage and price. DWWA has judges from around the world, including Masters of Wine and Master Sommeliers, and many of them are the foremost experts in their field. Judging is organised into categories, initially based on region. For example, Champagne will be judged by a panel of Champagne experts. 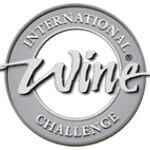 The International Wine Challenge (IWC) owned by William Reed Business Media is now in its 34th year. The IWC is accepted as the world's finest and most meticulously judged wine competition which assesses every wine blind and judges each for its faithfulness to style, region and vintage. Throughout the rigorous judging processes, each medal-winning wine is tasted on three separate occasions by at least 10 different judges and awards include medals (Trophy, Gold, Silver, Bronze) and Commended and Great Value awards. 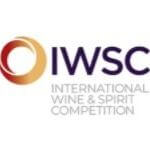 Entries into the International Wine & Spirit Competition are received from nearly 90 countries worldwide and each sample is judged according to its class and treated with the same care and consideration in the Competition’s dedicated tasting premises. The Competition is proud to set the international benchmark for quality remaining unique in the crowded world of drinks competitions with dedicated tasting premises, a permanent onsite cellar and over 400 global experts judging products for 7 months of the year. Recognising & rewarding the very best in the wine and spirits industry.

The largest and most influential international wine competition in America, the San Francisco International Wine Competition (SFIWC) has been setting the standard for professional wine judging since its debut in 1980. Now in its 37th year, the SFIWC maintains the highest level of integrity with a blind-tasting system performed by a highly experienced panel of internationally acclaimed wine experts. A SFIWC medal has been established as a reliable indication of wine excellence, and wines recognized as medal-worthy by their judges are universally understood to be among the very best. 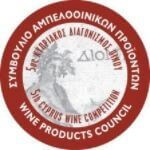 The Cyprus Wine Competition, conducted annually, is a significant event which provides a challenge to the local wine makers and communicates the value and growing popularity of Cypriot wines. Cyprus is rich in history and traditions that reach far back into the midts of time and may be one of the oldest wine-making countries, with an outstanding wine-making heritage. The Wine Products Council selects the jurors after taking into consideration their technique/skills in the organoleptic assessment of wines.  The Organising Committee has also delegated one of the jurors to be the President of this jury. The President is an oenologist. 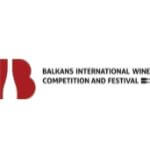 The Balkans International Wine Competition is a first of its kind. It celebrates the millennial wine-making tradition of the Balkan Peninsula as expressed in its modern Balkan wines – daily savored and loved by locals and more and more preferred by the wine lovers worldwide. Dedicated exclusively to regional wines, this annual competition - to take place at the heart of the Balkans, in Sofia, Bulgaria - aspires to draw the attention of the global wine community to the unique range of flavors that this interesting region has to offer. The competition is open to wine producers from all Balkan countries, from the Black sea region and from all over the world. The Balkan wine festival that will follow the competition is open to the wine-loving public. 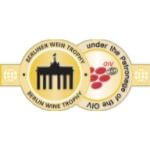 Since its premiere in 2004, The Berlin Wine Trophy competition has grown to become Germany's largest and most important international wine tasting. From behind closed doors at the Hotel am Borsigturm at Berlin Tegel, the international jury will taste over 5.000 fine wines and award their points. On the fourth day, the coveted medals will be awarded: Berlin Silver, Berlin Gold, and Berlin Premium Gold. In the most recent Berlin Wine Trophy, only a few wines secured the coveted Berlin Grand Gold. Thousands of different samples from around the world were entered into this year's Berlin Wine Trophy. 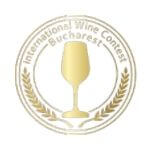 The International Wine Contest Bucharest is organized in compliance with the Rules of the international wine contest, as developed by International Organization of Vine and Wine (OIV.); the wine samples will be assessed by an international jury with members recognized for their experience and professionalism. The team who took over organizing the contest is convinced this competition will be one of the most important in the world. 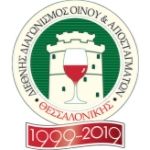 The ‘Thessaloniki International Wine and Spirits Competition’ is constantly growing and so is the amount of participating wine and spirits producers and the quality of the samples submitted, giving strong evidence that is has become a major institution for Greek wine and Spirits. Furthermore, the medals of the competition are acknowledged by both professional and consumers in Greece and abroad.

Recognized as the largest showcase for the promotion of Brazilian sparkling wine, the Brazilian Sparkling Contest will receive registrations of natural sparkling wines from vitis vinifera grapes, obtained from the different methods that are normally marketed by companies. The sparkling wines will be tasted by a select group of tasters chosen by ABE, within its categories: second fermentation sparkling (charmat and traditional) and first fermentation sparkling (muscatéis). Tasting standards of the International Grape and Wine Organization (OIV) and the International Union of Winemakers (UIOE) continue to guide the event. The best sparkling wines will be awarded by category, respecting the limit of 30% of those enrolled according to international standards. 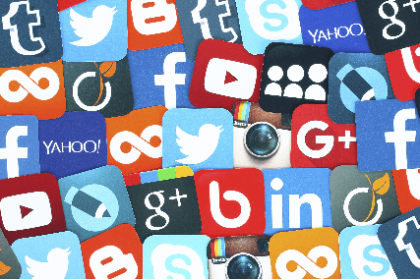 Guide to Digital Media For Wineries, Breweries and Distilleries 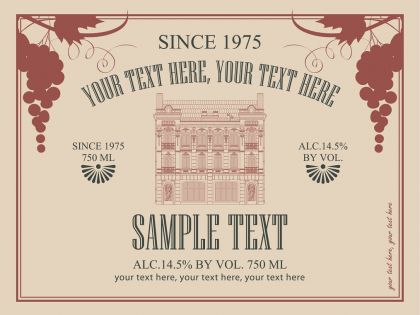 Launching a New Brand Without a Winery?

BTN gets insights from Katja Loeffelholz and John Trinidad, Esq. Attorney from Dickenson, Peatman & Fogarty, Napa, CA on How to navigate legal hurdles when entering the wine industry. 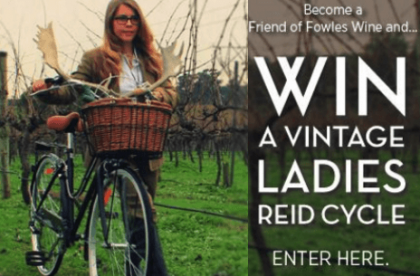 On this page BTN writes about Effective Sales and Incentive Programs and how that can help your brewery, winery or beverage brands. 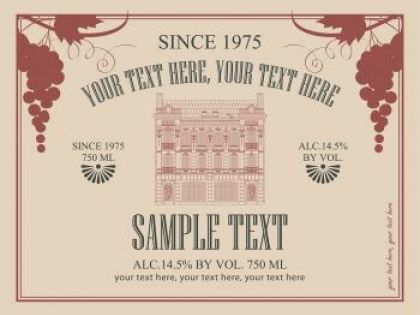 How to protect your wine labels and intellectual property in foreign markets. 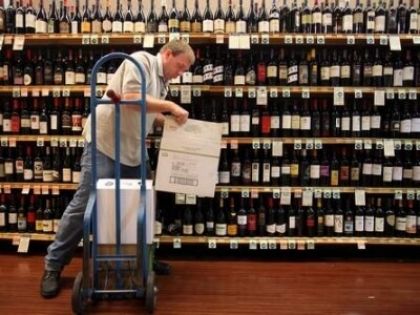 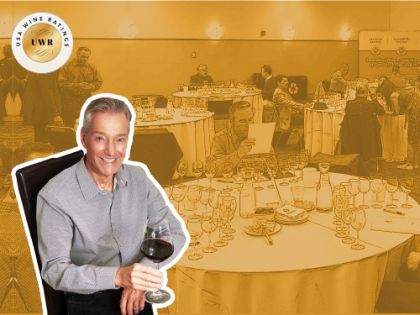 "It stands apart from others in its varied criteria, which makes it interesting to judge." - Roger C Bohmrich MW

As you plan to expand your wine, liquor or beer distribution or even when you are looking for a US Importer, here is one major point you must consider - 'Control States' in US.
Register now! 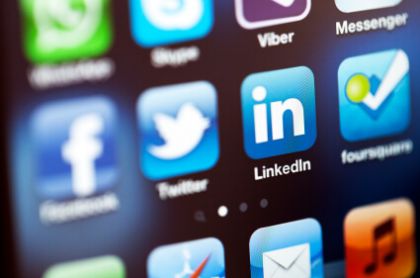 Tips for winery, brewery and distillery owners on how to use technology to modernize their sales process.
Register now! 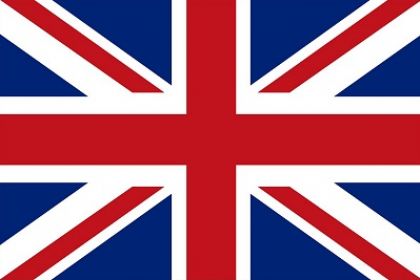 Getting Your Wines into the UK

Information on international trade regulations and selling wine in the UK.
Register now! 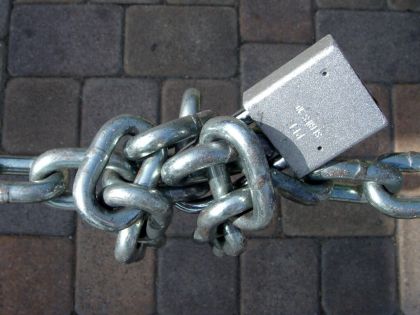 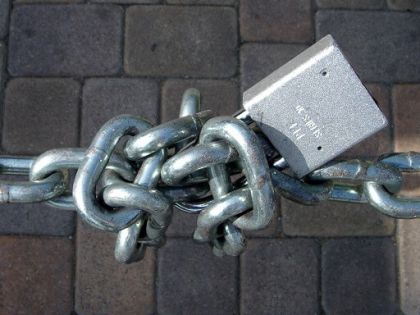 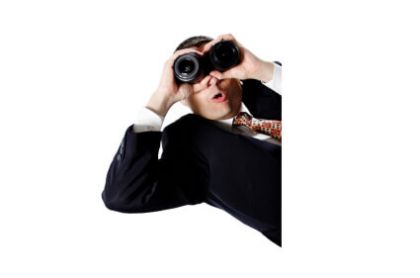 What US Importers Are Looking For & How To Keep Them Interested

Explore the evolution of the US wine market and identify new opportunities for small and medium sized brands.
Register now!