As one of the pioneers producing luxury Bordeaux-style blends in the Paso Robles, California wine region, today JUSTIN Vineyards & Winery commemorates the 30th anniversary of JUSTIN Cabernet Sauvignon with the nationwide release of its new 2017 vintage. The milestone vintage showcases the distinct character of Paso Robles and is sealed with a "30th-year" anniversary capsule in celebration of today's exciting release.

"This is a momentous year as we proudly celebrate 30 years of our signature JUSTIN Cabernet Sauvignon, which was one of the first Bordeaux-region varieties grown and produced by JUSTIN in California and helped lay its historic roots in Paso Robles," said Clarence Chia, Senior Vice President of Marketing and Direct-to-Consumer for JUSTIN Vineyards & Winery. "Over the years, JUSTIN's Cabernet Sauvignon has skyrocketed to the top of the charts as the nation's No. 1 luxury ($20+) Cabernet Sauvignon and award-winning wine that is recognized for its exceptional value and quality."

Since the early 1980s when Founder Justin Baldwin planted his first Cabernet Sauvignon vines in Paso Robles along California's acclaimed Central Coast, Cabernet Sauvignon has become one of the region's premier grape varieties, known for its exceptionally bold and outspoken character. The region's rich terroir played a key role in JUSTIN's ability to produce luxury red and Bordeaux-style red blends, which helped the winery become universally known as a top producer of this style in Paso Robles. Following the success of its first 100-percent Cabernet Sauvignon release in 1988, the winery expanded its Cabernet plantings to keep up with the overwhelming consumer demand. Over the next 20 years, these same vines have consistently produced premium quality grapes, earning widespread acclaim for JUSTIN and its Cabernet Sauvignon, one of the most recognized and respected wines to come out of JUSTIN's world-class luxury portfolio.

The 30th Anniversary of JUSTIN Cabernet Sauvignon will be supported by an integrated marketing campaign including new in-store point-of-sale (POS), digital advertising, social media, and print ads in top wine, food, and lifestyle publications throughout the year.

With attractive aromas of black fruit and spice, this smooth, ready-to-drink JUSTIN Cabernet Sauvignon spends more than a year in small oak barrels that impart depth and complexity and highlight the exceptional balance of flavors and textures that the unique climate and soils of Paso Robles add to this exceptional wine. The palate is dry, nearly full-bodied, with ripe black cherry, cassis, and red fruit, baking spice, and oak accents. The 2017 JUSTIN Cabernet Sauvignon is an extremely versatile everyday food-pairing wine whether it's paired with a picnic of artisanal cheese and charcuterie, or a classic steak with pommes fries. The 2017 JUSTIN Cabernet Sauvignon (MSRP $28), is now available at specialty wine retailers, grocery stores, restaurants, hotels, and online at www.justinwine.com.

Located in Paso Robles, JUSTIN® Vineyards & Winery was founded in 1981 and is known for crafting world-class wines using Bordeaux grape varieties. Widely recognized for its iconic ISOSCELES® Bordeaux-style blend, JUSTIN is also known for its Cabernet Sauvignon. The Vineyard estate, located at 11680 Chimney Rock Road, features a Tasting Room, luxury five-star accommodations at the JUST Inn®, and a Restaurant—making it one of the only wineries on the Central Coast to offer all three options.  In September 2018, a new second location, the JUSTIN Downtown Tasting Room opened introducing an expansive wine-tasting bar, lounge, and a full dining room that's situated prominently on the square along Downtown City Park in the heart of Paso Robles. In addition to its stellar hospitality, JUSTIN consistently receives top honors around the world, establishing itself as a leader in Bordeaux-style winemaking. JUSTIN wines are available through discerning fine wine retailers and restaurants throughout the United States, or directly from the Winery via JUSTIN's Tasting Room, online store or to members of the exclusive JUSTIN Wine Society wine club. To discover more about what makes JUSTIN unique, visit www.justinwine.com. 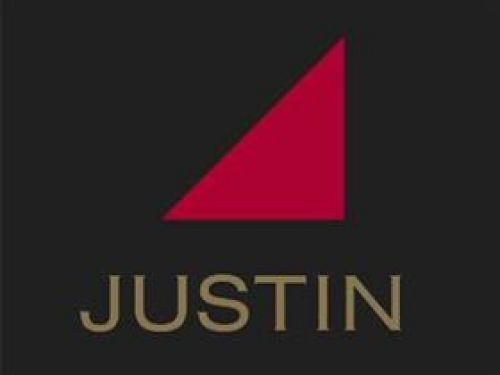