Beau’s Brewing Co. has released a “blonde edition” of its award-winning Tom Green milk stout for the summer, called Tom Green Summer Stout. The new craft beer release will be sold in Beau’s signature 600 ml bottles in Ontario and Québec, and it will also be served on draft at select craft-friendly restaurants and pubs in those provinces.

The Tom Green Summer Stout is brewed using a light-roast barley malt and flaked oats, as well as lactose, the sugar that gives milk stouts their signature character of mild sweetness. On the cold side, the beer is aged on cacao nibs and a medium-roast fairtrade organic coffee from Ottawa’s Bridgehead Roastery.

The resulting blonde milk stout is an intriguing juxtaposition of appearance and experience, infusing a brilliant, clear golden ale with stout-like aromas of coffee and cacao. Mocha flavour notes are supplemented by subtle berry nuances, and the finish is mildly sweet and lingering. The Beau’s kitchen team suggests pairings of Tom Green Summer Stout with go-to backyard BBQ fare such as arugula and fennel salad, grilled venison sausage with red pepper marmalade, and Mascarpone cheese tiramisu.

Canadian actor and comedian Tom Green, the inspiration for Beau’s Tom Green Series beers, will be touring Canada this summer while the Summer Stout is available.

Green notes that he is looking forward to telling jokes and having beers with his fans this summer, and is excited about the new partnership with Beau’s. Summer tour dates are available at www.TomGreen.com.

In addition to Ontario and Québec, Tom Green Summer Stout will be available in Alberta and BC later this summer. The Beau’s Brewery tap room will have samples to try and bottles to buy, and City of Ottawa residents can order it for home delivery starting then as well, through the BYBO service (www.bybo.ca). The original Tom Green Beer milk stout will go on a hiatus while the Summer Stout is sold, so fans of “Tom Green Classic” are advised to stock up on remaining supplies.

Read more at source We Are Brew Studs 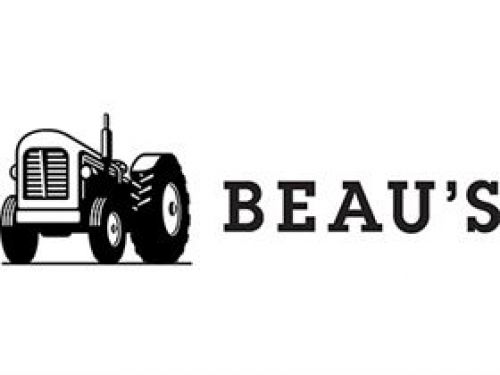