According to the wine industry advisor,

From Fattoria Fibbiano, at Terricciola in the Province of Pisa, comes the first wine made exclusively from Colombana: a limited edition wine of which only 3000 bottles have been made, and which will be on the market as from the end of June 2020.

The story of this variety begins with that of an Irish missionary monk called Columban (or Columbanus), from the Gaelic Colum Bàn (white dove). The monk, after leaving Ireland, went on many pilgrimages, eventually arriving in Italy. The story of the monk would eventually interweave with that of the Cantoni family, farmers for generations and originally from the Lodi area in Lombardy, just a few kilometers from the little town of San Colombano, founded by that very same monk. 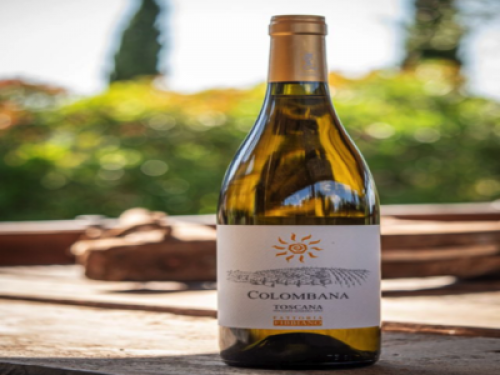