Santa Rosa - Monroy Wines has released its inaugural vintage, a 2018 Cabernet Sauvignon from the Chalk Hill AVA of Sonoma County. The personal project of winemaker Adolfo Hernandez, the label is focused on the more restrained, classic-style expression of the varietal.

Adolfo grew up as an expat in Saudi Arabia and was incidentally introduced to a garagiste-style of winemaking at an early age. As Saudi Arabia was a strictly dry country, Adolfo’s father would make the most basic style of bootleg wine in one of the bathrooms of their house as wine was “simply a necessity” for the dinner table. He later returned to the United States where he went on to graduate from Cal Poly, San Luis Obispo with a degree in molecular biology. After a few years of working as a chemist in pesticide production, he seized an opportunity to switch fields to learn the proper methods of small-lot winemaking.

Adolfo’s career has consisted of being a key part of lauded winemaking teams at Eisele Vineyard under both the Araujo family and Chateau Latour, Checkerboard Vineyards on Diamond Mountain, Pahlmeyer, and currently as the Associate Winemaker at Benovia in the Russian River. Recognized by Wine Enthusiast as “one of the Latinx experts changing the face of American wine”, Adolfo is enlivened to make expressive and compelling wines reflective of a cumulation of his winemaking experiences.

The 2018 Cabernet Sauvignon is sourced from a hilltop vineyard and barrel fermented in closed-head French oak, showcaseing aromatics of lavender, violets, cedar, and blue fruit. Acid-driven, fresh, and tense in the mouth, it gently gives way to a core of fruit sweetness with a firm yet fine tannic structure. 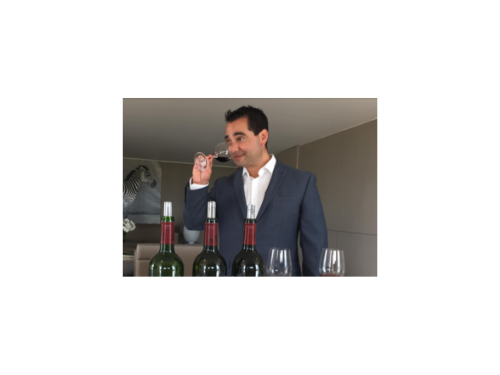