They brewed with Hill Country well water, German malted barley, and Fuggles and Saaz hops. They fermented in stainless steel with their mixed culture. One thing they have learned over the years is that even though all their beer contains souring bacteria, if they brew with a pretty big dose of hops, their beer doesn’t become sour, at least not for quite a while. They love sour beer, but they don’t do sour for the sake of sour. They want balanced, drinkable beer, and sometimes that means making something bitter without much acidity. Like Yvan de Baets wrote, Saison is “either sour or very bitter”, and that’s something they can influence through their hop additions.

Final Entropy is 5.3% alcohol by volume, 1.001 specific gravity (0.3 degrees Plato), 45 IBU, and 4.3 pH. It was brewed on November 21, 2016 and packaged on January 3, 2017. It will be released at our tasting room on Friday, June 2nd at 4pm by the glass and in bottles to go. They have about 2,800 bottles available (750ml x $9), and they anticipate that some of the batch will be distributed outside their tasting room. There is no bottle limit. They also will have Final Entropy t-shirts for sale. 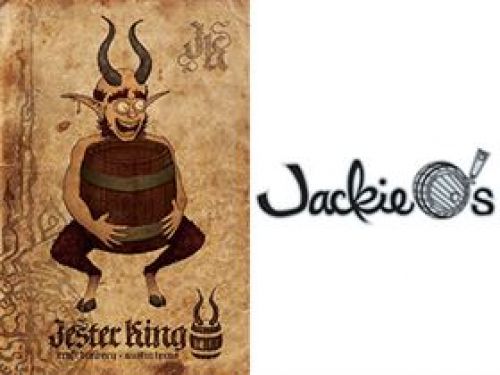