Airways Brewing did not plan to create Otto Pilot Northeast-style IPA to memorialize Morgan Herzog, the founder of The Beer Junction, but that’s the way 2020 goes. The brewery released this new beer on Thursday, July 30th (more info below). In case you don’t recognize the name, it is an obvious reference to the movie Airplane!

I am not going to mince words here, but just as the entire world was about to go completely to hell in a bucket, Morgan Herzog passed away in January, a victim of Multiple Myeloma, a form of blood cancer. Like his many other friends, I had no idea what the rest of 2020 had in store for us. Morgan’s passing sucked more than enough as an isolated event.

I am thinking of this beer as Morgan Herzog’s big, middle finger flipped in the general direction of 2020, telling the entire year to f*** the hell off! There is no better way to do that than laughing in 2020’s big, fat, stupid face! Hopefully, this beer conjures happy memories and makes you smile at least. If the thought of the movie Airplane! doesn’t make you chuckle, then you’ve never seen it or you’re a joyless weirdo. 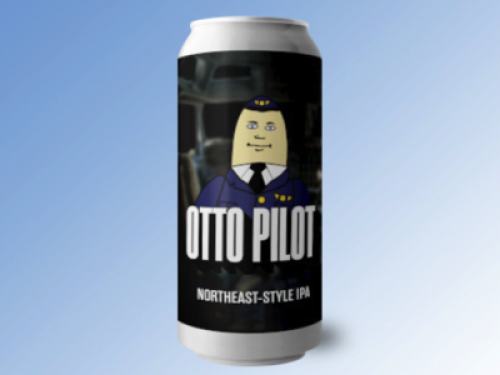 Brewgooder has launched a panto-themed selection box of four beers to raise money to support actors and theatre workers struggling over the festive period.
Read More

Goose Island is getting into the lemonade flavor game — but not with a hard seltzer.
Read More