I directly represent small but outstanding winefarms and Breweries from Italy, they all need a distributor who can help them to develop their business around the world. The most of the farms come from Lazio, the Region of Rome, where wine has been produced for thousands of years, this a blessed terrain to produce high quality wine. Rome has even one of the twelve trappist beer in the world, Birra Tre Fontane, i would really like you to taste this beer!! I also represent two incredible farms from Tuscany: Padelletti 1571, one of the most ancient Brunello producers, easely considered among the best 5 in Montalcino, and Quercia Grossa, natual wine farmer who produce amazing wines with with about 0,1 of sulphur. Very close to Tuscany, on the opposite side of central Italy there are Marche, where PiantateLunghe produces an outstanding Rosso Conero Riserva. Moving to the south of Italy i represent a very good winery from Sicily, Barone Sergio, precisely from Pachino, inside the Eloro DOC, the traditional area of Nero d'Avola, but they are also able to produce a structured and fragant Grillo, and an unbelivable Passito. In Calabria, just a little bit further north, i propose Cantine Viola and their delicious Moscato di Saracena; they also produce beer, the name of the brewery is DeAlchemia, distinguishable thanks to their packaging. The last farmer i wonna talk about is Casalu wine, a fresh and performing Amarone producer, from Verona, in the traditional area of Valpolicella. LAZIO - CANTINE IMPERATORI, Frascati, Rome

Logo and company contact details can only be accessed by BTN Premium Members.

Get started and access full profile of every consultant listed, including their contact information, email and address. Click on the below image to get a preview. 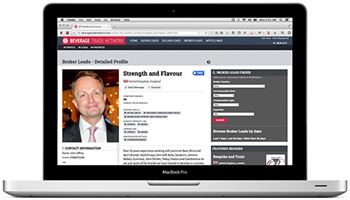 Are you a wine, beer or spirits consultant ? Join the world's largest wine, spirits and beer consultants network.

Go Premium to view full Consultant Profile and get all other benefits like: