According to the Miami new times

The Miami Marlins and Biscayne Bay Brewing Company announced a partnership that would include a massive 3,000-square-foot brew hall at Marlins Park, located in the atrium near sections 15 and 16 on the promenade level. Now, the Doral-based brewery is primed to take the natural next step in its relationship with the baseball team.

They're making a beer together. The beer, Marlins Lager, is advertised as a crisp, light-bodied, German-style lager that's the ideal teammate for baseball on a summer day. It's described as a soft beer with malty notes, low bitterness, noble hop aromas, and a crisp, clean finish. 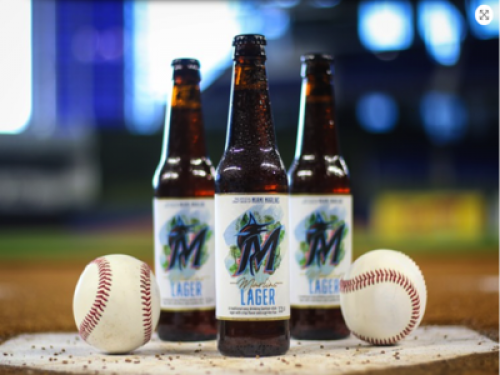